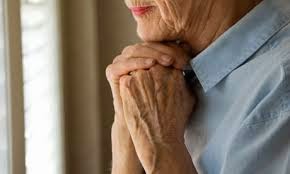 Seated in my waiting room is Tina and her frail, almost 90 year old mother.

“Would you like me to go in with you?” Tina asks.

“Why, you think I can’t talk for myself?” she asks curtly. She holds onto the sides of her walker and struggles to get up. When Tina tries to help, she’s rewarded with a withering look.

I wonder why I have agreed to see Mrs. Blumberg. Her daughter, Tina, has been my patient for years, many of those years devoted to dealing with her conflicts with her critical, guilt-inducing, withholding mother. I don’t usually see the relative of a patient, but Tina pleaded with me to do so. She described her mother as becoming increasingly morose and encouraged her to talk to a therapist. Mrs. Blumberg would have none of it. Then, suddenly, she announced she would see, “That woman you’ve been going to for all these years.”  No amount of explanation of the difficulties with this arrangement would dissuade her. It was me or no one.

So Mrs. Blumberg is now walking into my office. Am I only doing my patient a favor? Do I just want to help a frail, old woman? Partially. But I’m also curious. I want to meet the woman who has caused my patient so much anguish, but whom she continues to love and care for.

“I know you people are real stingy with your time, so I better get right to the point. I’m almost 90 years old. I don’t have many years left and I’m scared of dying.”

I had planned to explain to Mrs. Blumberg  that I would keep both her and her daughter’s information confidential, that I couldn’t see her on an ongoing basis, and that I would be happy to refer her to other competent therapists, but she clearly has something important on her mind and has taken control of the session.

“Can you say exactly what you’re frightened of?”

“What do you mean? I’m frightened of dying. Of being dead.”

“I understand, but could you say what exactly frightens you; what are the specifics of your fear?”

Aware of my annoyance and appreciating more fully Tina’s continuing struggle with this woman, I proceed as Mrs. Blumberg wishes.

“Well, some people might be afraid of dying because they’re afraid of what comes after death, as would they go to hell.”

“Now you’re being stupid. Jews don’t believe in hell, or heaven either.”

“Or some people might be afraid of leaving everything and everyone behind, of never again seeing the people they love.”

“Yes, that’s part of it. I wouldn’t like to never again see my children or grandchildren, never see my new great-grandson grow up,” she says thoughtfully. “But that’s not all of it. It’s just impossible to think of the world existing and my not being here.”

I’m taken aback by the narcissism behind Mrs. Blumberg’s response. It’s as if she’s saying I’m so important I can’t imagine the world without me. She continues.

“It’s like my new great-grandson. I won’t be here when he has his bar mitzvah. That frightens me. I’d like them to light a candle for me, but I know they won’t.” 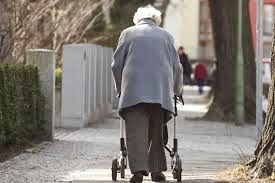 The people I’ve loved and lost over the years – my grandparents, my mother, my husband – flash through my mind. They live on for me. I don’t need to light a candle for them to be with me.

“Mrs. Blumberg, although it’s true that you will cease to exist in the flesh, it isn’t as though you were never here. You affected lots of people during the course of your life and you’ll live on in the memory of your children and grandchildren.”

“But not my great-grandson.”

“Well, we don’t know. We don’t know how long you’ll live, how old he’ll be when you die. But I’m sure Tina and her daughter will talk about you. Children love to hear stories about their grandparents and great-grandparents.”

“I can just imagine the stories Tina would tell,” she says snidely.

Unwilling to go down that path, I remain silent.

“Memories aren’t the same as being there,” Mrs. Blumberg says.

“No, they’re not,” I say, thinking immediately of my late husband. “But they’re better than nothing. And when you live in someone’s memory, you do live on.”

I am surprised that Mrs, Blumberg surprised you so much. Is a fear of death so unusual. I am dealing with a young man in his 50's...he was recently diagnosed with a terminal cancer...
Mr. Canting came in to the office ready to bite my head off. I asked him if he was pissed at me because he thought i would live longer than he would...damn right he said. "Sure everybody is going to die, I said, "but you are facing it square in the face. What is like to think of death?" I asked him.
I hate it. I put my head on the pillow and all i can see is the coffin I will be in. I see nothing and I am afraid that I will know that I am dead. I am afraid that i will continue on in some form and I will be aware of everything that I am losing.

How can I help, I asked him.

You are helping he said. you are listening and not making me feel like I am crazy for having so many awful thoughts...

You are crazy I told him, you are brave to tell them to me.

Excellent post. Thank you for sharing so clearly and meaningfully.

And thank you for your positive feedback, Janet.

Thanks for your comment, Al. No, I don't think that the fear of death is at all unusual. I do think it is self-involved to have a sense that the world will or should stop without you in it.

And when you asked your patient what it is like to think of death, I think that's the same question I was asking, what exactly is it that you're afraid of. The specifics of any feeling are crucial, since we cannot assume that how we experience or understand fear or any other emotion, is precisely what our patient is talking about.

Again, thanks for commenting.

The conversation of death with a terminally ill patient is a very difficult conversation to maneuver. In part because we all know for whom the bells toll. One patient needs to be graphic and nearly assaulting in his description of his fear, while another moves through the process with either a deeply understood and mindful manner of accepting...We know that in-between these two extremes there probably are as many responses as their are people facing death.

The human condition of applying denial about death is protective in as much as we would not get very much done as a civilization if the fear of demise were forever conscious.

From my perspective, what I have seen is a great desire to have courage, followed by an inability to only be courageous. There is a cycle that people go through...I am ready we tell ourselves internally, then we say, I do not want to go.

My only thought was that old Mrs. Blumberg might have needed a strong handful of joining. She is described by the daughters long held anger toward her mother.

I wonder if the dyad's lack of ability to contain anger with each other needed to be
resolved even more than the mothers apparent fear of death...or at least I wonder if they might be related.....

I appreciate your comment and agree with most of what you have to say, both from watching loved ones as well as patients die through the years.

It was interesting to me that I don't consider Mrs. Blumberg to be "terminally ill." She is, of course, old, but there isn't a disease that is imminently going to kill her. It feels different to me. There's an open-endedness about aging, whatever the age, that feels experientially quite different than knowing that someone is soon going to die of cancer or heart disease. I'm not saying that my thoughts about this are "right," but rather that your comment led me to think about what this apparent difference means to me. So, thank you. I always appreciate having new paths to explore.

Thanks so much, Heather. As always, I appreciate your feedback.