“This has been one shit week,” 35 year old Adam says, staring down at his hands. “Chelsea broke up with me. I mean, it was kind of mutual, but really it was her. She said I’d never be happy with her. She’s convinced she doesn’t ever want children. She’s way too into her career – I think she even fantasizes about being President one day – and then her own background was so awful. Drug addicted mother, alcoholic father. If it wasn’t for her grandmother she would never have made it.”
“I’m sorry, Adam. I know you loved her and hoped it would work,” I say.
“But she was right. I always hoped she’d change her mind about children, that as her biological clock started to run out she’d want a have a child.”

“And did she hope you’d change your mind?”
“Maybe. But I think our relationship was always more important to me than to her. I know it’s supposed to be the other way around with men and women, but it doesn’t seem to work that way for me. Anyway, there’s another part. Since I didn’t see my parents over the holidays they decided to come down this past weekend. I thought that would be good. They’d support me, be a shoulder to cry on. So I waited until we got to their hotel and suggested we have a drink. As soon as I told them, and they could tell I was pretty broken up, my mother’s first response was, ‘Well, I hope you’re able to take an important lesson away from this.’
“I just stared at her. I couldn’t believe it. ‘What’s that supposed to mean?’ I asked. ‘You know,’ she said, ‘such a different background, how could you expect it work out, especially in the long run. I mean I know she was white, but wasn’t she Cuban or something? I’m sure there are many nice Jewish girls you can choose from.’ This is my Democratic, college education mother talking. I really got mad. It’s a good thing we were in a public place or I know I would have started screaming. As it was, I had this deliberate, icy voice, telling her she was the biggest hypocrite I knew and that she must have forgotten that Chelsea who, in fact, had been born in the States, had a Ph.D. in political science. She didn’t give an inch, just kept saying it didn’t matter, that one’s background always made the difference. At that point I just got up and left. I was done.”

“Did you see them again?”
“Yeah, my father called and convinced me to go to dinner with them. It didn’t go well. My mother and I hardly said a word to each other; my father kept asking me inane questions about work, IT stuff he doesn’t understand and clients I can’t talk about. It was ridiculous. And the next day wasn’t better. She just wouldn’t move from her super-prejudiced position.”
“I’m sorry. It must feel as though you lost both Chelsea and your mother.”
“Yeah, and in the end unless I play nice I’ll lose my father too. He always ends up siding with her.”
“So how are you doing now?” I ask.
“Interesting you ask that. I was wondering where you stand. What you would feel if it was your son who was dating someone from a shitty background or another culture?”
As Adam was speaking I had been thinking about my first serious boyfriend who had, in fact, been from a shitty background and a different culture and, much like Adam, I was surprised to see how negatively my extremely liberal parents reacted. But Adam doesn’t need to hear my story.
“So how do you think I’d feel?” I respond.
Adam rolls his eyes. “Are you really going to fall back on that therapist routine?”
“You’re angry. Who’s to say you’d believe whatever I said?”
“Just answer the goddamn question,” Adam says raising his voice. 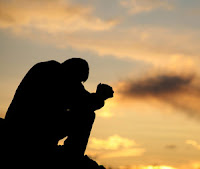 “I’d like us to look at a few things first. We’ve talked about how you keep trying to win with your mother, trying to get her to love you for who you are as opposed to who she wants you to be. I think that’s why you choose women, like Chelsea, who are less into you than you’re into them. You keep hoping to win them over.”
“Makes sense.”
“And I think deep down you weren’t at all surprised by your mother’s reaction, just as you weren’t surprised that Chelsea would break up with you. You have to be able to give up hope of winning the unwinnable woman.”
Pause.
I continue, “And even demanding that I answer your question. I could answer it, but perhaps it would be better if I didn’t so we can bring right into this room your feeling of loss and longing.”
“Great! So now I feel as though I’ve lost you too.”
“Do you?”