Beverly rushes into my office and throws herself into the chair across from me. “You know,” she begins, “this is just too hard for me. All this running around. I have too many things on my schedule. I mean I know I don’t work – I have no idea how people who work ever manage to get here – but between golf and tennis and bridge and painting – it’s just too much. I need to come on a Saturday. That would work better for me.”

Although I am more than a little annoyed at both Beverly’s demand and at being relegated to the bottom of her list, I decide on an initial non-confrontational approach. “I’m sorry, but I don’t work on Saturdays.”
“You don’t work on Saturdays? How do the people who work get to see you? I suppose they just don’t, right?”
“You’ve been coming for almost a year, Beverly, and you never seemed to have difficulty getting here before. Why do suppose it’s suddenly become an issue for you?”
“I started taking painting lessons. I hadn’t been doing that before.”
“And since you knew you had such a busy schedule, why do you think you decided to add something that might make it harder for you to get here?”
“I didn’t think about it in terms of getting here. I just wanted to take painting lessons.”
“It feels to me, Beverly, that you’re wanting to dismiss the importance of our work together, that you’re saying it doesn’t matter.”
“That’s not fair. You’re the one who won’t see me on Saturday!”
“I think we need to take a step back here. Was there something that happened in our last session that made you feel uncared about? Were you angry with me?”
“You always do that. You always make it about you. It has nothing to do with you.” 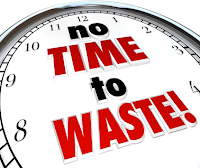 “Okay. Then tell me what it does have to do with other than with your schedule.”
“My sister.”
“I remember we talked about your sister last week, about how I saw her as being competitive with you, but that you thought that wasn’t true, that she loved you and always wanted the best for you. And I said both could be true, that she could love you and want the best for you and still be competitive with you.”
“You took her away from me. No one in my family gave a damn about me except her. I was an extraneous being. But Joyce cared about me, looked out for me. And you just took her away.”
“So you are angry with me.”
“I guess. And at her. I’m furious at her. How could she take herself away from me when I relied on her so much? But I decided to show her. She’s the painter you see. I decided I’d become a better painter than her.”
“So I guess you’re saying you feel competitive with her.”
“No. I’m just getting back at her.”
“Beverly, I want to point out that nothing out there in the real world happened or changed between you and your sister. This is all happening in your mind. You came to see your sister differently. And although you’re entitled to have your feelings, it would be helpful to you if you could hold onto the love and stability your sister provided for you in your chaotic childhood.”
“You’re taking it all back!”
“No. We’ve talked a lot about your living in a black/white world, with no shades of gray. Right now you want your sister to be the perfect sister – whatever that might mean to you – and you want me to be the perfect therapist who would see you whenever you want to be seen. But there is no such thing as a perfect person. You can get a lot of good from one person, but you can’t get everything and that doesn’t make either that person or you bad. And you can feel competitive towards your sister or towards me and that doesn’t make you bad either.”
“It doesn’t make sense to me. If she’s competitive with me how could she always be on my side? Sometimes she’d be on her side.”
“Well I suppose that’s true. But if she wanted, just let’s say, to be a better painter than you, that doesn’t mean she wouldn’t want you to be a better golfer or to find a loving husband or to take great joy from your children. Because there was so much cruelty and rejection in your childhood, it’s difficult for you to believe that someone can be in your corner and still take care of themselves. That’s like me saying I’m here for you, but I don’t work on Saturdays.”
“That makes me mad all over again.”
“I believe you. We’ll keep working on it.”

“I’m considering getting a divorce,” 52 year old Evelyn says, starting the session.
Although her marriage has been rocky for some time, this pronouncement surprises me given that her husband recently had a heart attack and by-pass surgery. She seemed genuinely concerned about him and committed to helping him through the rehabilitation process. I remain silent. 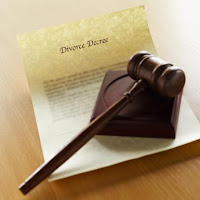 “I was listening to this program on NPR, On Point, and there was this doctor on who wrote a book about solving medical mysteries. I don’t remember his name, but it was interesting.”
I heard a small part of that program too, but I wait to hear what led Evelyn from that program to her considering divorce.
“There was a man who had a heart attack who’d had a bad heart so his heart attack was no surprise, kind of like Jack. But then the doctor went on to say that like the very next day or something like that, his wife had a heart attack too. And she had been perfectly healthy. And the doctor said it was the stress, almost like being too close to her husband and having to have a heart attack just like him. Well, I don’t want that to be me. I know this might sound awful, but Jack’s not worth my health. He hasn’t been a good enough husband for me to lay down my life for him.”

Feeling unsure what to say, I continue to remain silent.
“Do you think I’m awful?” Evelyn asks.
“No, of course not, but I am a little confused. I heard a small part of that program too…”
“Do you remember the doctor’s name? I thought I could get his book.”
“No, I didn’t hear much of the program, but what I remember is that he was talking about a couple that was extremely loving and close and that it was that closeness that led to the wife’s distress and her perhaps unconscious need – those are my words, not his – to identify with her husband and go through the same experience he had.”
“Well I guess if that was true, I wouldn’t have to worry about that.”
“Evelyn, am I mistaken or do you feel particularly angry today?”
She shrugs. “I guess.”
“Can you say what’s going on?”
“I’ve been busting my butt taking care of Jack and do you think I even get so much as a thank you?!” All he does is bitch and complain – I’m in so much pain, I’m scared, what if this happens again, why does my right arm still hurt. Complain, complain, complain. I’m sick of it.”
Jack has definitely been a less than ideal husband - inattentive, otherwise preoccupied and, most likely, unfaithful. Still, Evelyn has stayed with him, continually hoping that she could make him different, just as she longed to do with her absent and eventually abandoning father. Still, right after a major scare and trauma seems an unusual time to be considering divorce. Then a thought comes to me.
“Evelyn, do you think this time you especially thought it would be different? Jack was scared and vulnerable. Maybe he’d need you in a different way? Maybe he’d let you in as he hadn’t before?”
Evelyn hangs her head. “Stupid of me, wasn’t it,” she says, her anger now turned on herself. 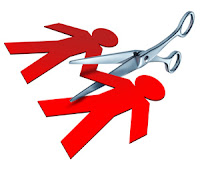 “No, definitely not stupid. It was you hoping again, hoping you – or something – could make Jack different, just as you hoped with your father.”
“But it is stupid! How many times do I have to go through the same thing to know it’s not going to work? It’s like continually hitting my head against the same brick wall.”
“It’s hard to give up hope. It’s hard to mourn what never was and never will be.”
“I can’t stand when you talk about mourning. Who wants to mourn, who wants to be sad all the time?”
“So you’d rather be angry.”
“Damn straight.”
“Well, it’s reasonable to be angry, but if you’re only angry you can’t ever finish the process of letting go.”
Evelyn’s eyes pierce me with fury.
“And,” I continue, “to end up being angry at everyone – yourself, me, your children, your friends - that doesn’t lead to a very fulfilling life.”
“So should I stay with Jack?”
“That’s a decision only you can make, Evelyn. But I do know regardless of what decision you make, you will have to mourn the impossible.”
Posted by Linda Sherby PH.D., ABPP at 3:43 PM 2 comments:
Email ThisBlogThis!Share to TwitterShare to Facebook
Labels: anger, defense, divorce, hopelessness, longing, marriage, mental health, mourning, physical illness, psychotherapy, sadness
Newer Posts Older Posts Home
Subscribe to: Posts (Atom)