“I’ve been thinking about what we talked about last time,” Brenda says, beginning immediately. “About my being angry. I suppose I could be, but I don’t know what I’d have to be angry about. I have this great life, a family who’d do anything for me, a nice condo, great weather. What else do I need? Well, I guess I’d like to find a man, but I’m not angry about that. It will happen eventually.”

“You mentioned last time that when you felt angry you stopped eating. What was that about?” 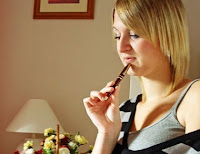 “Mostly I was just mad at myself. Mad that I let myself get too fat.”

“You said that when that didn’t work, you’d eat and throw up, what did you mean by that?”

“When my Mom got mad at me for not eating. Or more like when she kept asking if I didn’t like her food, or if I could tell her what she could make me that I’d like,” she says rolling her eyes. “It got annoying so I’d eat and throw up later.”

“You were annoyed at your mother?”

“Yeah. She can get pretty annoying. She thinks my skirt is too short or my hair is too long or I wear too much make-up, whatever.”

“So you can feel angry with her.”

“Yeah, I guess. My Dad’s not like that, pretty much everything I do is okay, but I don’t know, it’s almost like it doesn’t matter what I do, almost like he’s not interested. Yeah, I guess that’s right. I’m the afterthought. My brother’s the boy, my sister’s the smart one and I’m just me. I mean, he does like it that I do well selling houses. That he cares about.”

“So you feel criticized by your mother and ignored by your father except at his business.”

“That pretty much sums it up.”

“Don’t you think that’s something to be angry about?” 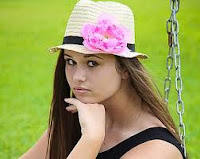 “I suppose. But it’s not like I’m being abused or beaten up or neglected.”

“That’s true. But you’re entitled to have whatever feelings you have. You don’t have to be beaten up to feel hurt and angry.”

“No one gets angry in my family. We’re polite and respectful, except when we were little kids of course. But like I’ve never heard my parents fight. They never scream at each other.”

“And do you think they have a good marriage, a close marriage.”

“I wouldn’t say that. They kind of exist in the same house and are pleasant enough to each other, but I wouldn’t say they’re close. I’m not sure anyone in my family is close to anyone else.”

“I guess. I’m not sure I know anything else.”

“It sounds like you know something else when you batter cars.”

“That’s not being close!”

“No, but you were feeling something intensely. I think you said you felt free, that you were showing them you couldn’t be pushed around.”

“Yes, that’s right, but I’m not sure how that’s related to my parents or to closeness.”

“As you said, everyone in your family is proper and respectful. Everyone is good. But there’s an absence of feelings, any feelings, angry feelings, loving feelings. It kind of sounds like you’re living in a doll’s house.”

“Funny you should say that. I’ve had friends tell me my parent’s house reminds them of a doll’s house. I always thought they meant because it was super done by an interior designer, but maybe they meant more than that.” Pause. “So you think it’s good for me to be ramming cars because it gives me a chance to express my feelings?”

“I wouldn’t say that. It does give you a chance to let loose with feelings you’ve kept bottled up, but you’re acting out the feelings against inanimate objects, not really letting yourself know what or who you’re angry at. I suspect you’ve been carrying around lots of feelings for a long time.”

“So what should I do about my obsession about ramming cars?”

“Well, when you first have the thought or the impulse, I’d try asking yourself what you’re feeling right then. What made you have that impulse right at that moment?”

“I just had the desire to do it, to do it as soon as I leave your office.”

“And do you know why that is?”

She shakes her head.

Brenda drops her head. Very quietly she says, “Maybe because I felt you were taking something away from me.”

“So it felt like I was telling you what to do – or what not to do – and depriving you of something you enjoy. That made you angry and wanting to act out that anger by ramming cars.”

“I think we made a lot of progress today.”

“But what if I still want to ram cars?”

“No one changes overnight, Brenda.”