“I can’t understand it,” Valerie says sobbing. “Why would he want to leave me? We said it was forever. He’s breaking his promise! It’s not fair!! This should have been the best time of our lives. Approaching retirement, soon able to travel wherever we wanted. And now I’m just going to be alone.”

“Valerie, is Dave really choosing to leave you?” I ask gently.

“Of course he is. The doctor said there were several other chemo options he could try.” 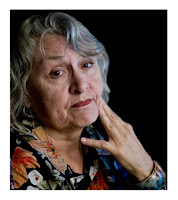 I am more than familiar with the pain of losing a life partner, so I know to tread carefully in this most difficult of life experiences. “Can you understand Dave’s decision to stop further treatment?”

“Do you have a living will, Valerie?”

“Yes, of course. I wouldn’t want to be kept alive if I was in a vegetative state, or if my mind was totally gone. But that’s not where Dave’s at.”

“Where is Dave at? What’s his quality of life? How does he spend his days?”

“He’s in bed a lot. He’s always tired. He sleeps. I know it’s partly from the lung cancer and partly the pain medication. But we still have conversations. We still sleep in the same bed. Sometimes we watch TV together. He coughs all the time, sometimes says he can’t catch his breath. Tells me he has a lot of empathy for Covid patients but he also says…” Valerie breaks off, puts her head in her hands and sobs.

When she composes herself she continues, “He says at least they have vaccines for Covid now and new medications and that at least Covid patients have the chance to get better and live normal lives. He no longer has hope. But I have hope. He could try some of these other drugs, these other regimens.”

“It sounds as though Dave is very tired, Valerie.”

She sobs again. “You think I should let him go?”

She sobs. “I’m so scared. I’m going to miss him so much. I’m not saying our marriage
was perfect, no marriage is perfect I know that. But we’ve been together for over 30 years. I don’t know what it’s like to live alone. I’ve never lived alone. I lived with my parents then roommates and then Dave. I just see myself locked in that house rotting away.”

“Rotting away? That’s a very graphic image. What makes you think you’ll rot away?”

“I don’t know. I guess like old food in the refrigerator that is left and forgotten about and just rots away. Like no one would know whether I’m alive or dead.”

“I don’t in any way doubt that you’re describing your feelings, but it’s surprising to me that you picture yourself so desolately. Before your husband’s illness you seemed to have a very active social life, to be involved with lots of people, in lots of different ways.”

“All meaningless. And besides, it was my husband who was the social one. Left on my own I just rot.” Pause “There’s that word again, rot.”

“Do you feel as though you’re rotten, Valerie? Rotten as in bad?”

“No, I don’t think I’m bad.” Pause. “I just think I’m not much of anything. Kind of a blob. My husband brought life into our home. Left to my own devices I’m afraid I’ll be swallowed by the emptiness.”

“I know depression can put a pall over everything, but this sounds like something more, like you’re literally afraid of disappearing into the void.”

Feeling more and more of Valerie’s despair, I ask, “And you felt that way as a child as well and as a young adult, like in college?”

“Well, there were my parents to tell me what I was supposed to do and then, as I said, I had roommates and sort of followed along with the crowd.” 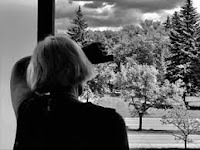 “It sounds, Valerie, as though you’ve spent your life following along with whomever you’ve been with. And now, with Dave’s decision to stop treatment, you’re confronted with the terrifying feeling of not knowing who you are apart from him, and perhaps of never knowing who you were.”

“I’m terrified. I think you’re absolutely right and that makes me need Dave even more. Do you think I can persuade him to continue treatment until you and I can work this out? Until you can fix me?”

“Right this minute you may feel that you need Dave more, but nothing has actually changed. We definitely do need to work on your feeling more your own sense of self, but whether Dave will stay around until we accomplish that I can’t say.”

“You just said something very important. You said you want to survive. That’s you, Valerie, knowing what you want.”