“I couldn’t wait to get here,” Ray says, almost breathless. “Pamela asked me for a divorce. She said we’ve been working on our relationship for years and it just doesn’t get any better. She wants out. She wants a chance to find greater happiness with someone else.” 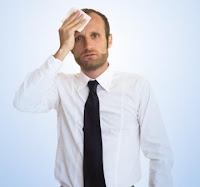 “I’m sorry, Ray,” I say empathically.
“I…I’m a mess. I don’t think I’ve slept two hours since she told me. I never thought she’d leave me. I don’t know what to do. I can’t think straight. I’m like beyond panicked.”
“What’s fueling your panic?”
“What? What do you mean?”
“I can certainly understand you’re feeling sad and scared and maybe even angry, but what’s underneath your panic?”
“I’ll be alone. She’ll leave and take the kids and I’ll be alone. Oh my God, I can hardly say that. I can’t breathe.”
“I’m here. You’re not alone now. Take a few deep breaths and then let’s try to look at what feels so terrifying to you about being alone.”
Ray looks at me incredulously. He buries his head in his hands and tries to slow his breathing. He bursts into tears.
I sit silently while Ray cries, hoping he has broken through some of the anxiety to feel his sadness underneath.
“Why? Why? Why did she do this?”
Ray’s shock about his wife’s decision is rather surprising to me since they have indeed been working on their relationship for years. Ray told me she had repeatedly said she was unhappy in the relationship, feeling him unable to give to her emotionally or sexually.
“What did prompt her decision?” I ask.
“I don’t know. Maybe because we didn’t have sex?” he says questioningly.
“You’ve told me that has been one of Pamela’s consistent complaints. That you withhold from her.”
“Do you break up a 15 year relationship because of sex?”
Ray’s consistent disbelief feels incredibly naïve to me. I even wonder if it’s disingenuous. Then I have another thought.
“You feel very much like a scared, hurt child to me,” I say gently.
Crying again, Ray mumbles, “That’s exactly how I feel.” 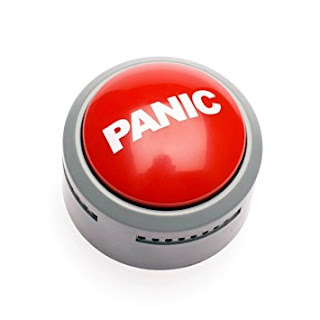 “So perhaps that’s why you’re panicked. When a child is left he feels panicked because he can’t survive without his mother - or some caretaker.”
“So you think Pamela’s leaving me feels like my mother leaving me?”
I nod.
“But my mother never left me.”
“That’s not exactly true Ray. You’ve told me how she reacted after your father died.”
“Yeah, that’s true. Before I was seven – when my father died – we had a very close relationship. In fact, she was all over me. Sometimes I just wanted to get away from her. It was too much. But after he died, I don’t know, it was like she died too. She got so depressed and didn’t want me anywhere around. In fact she shipped me off to her sister’s for a while. It was awful. My cousins hated me. I’m sure they didn’t want another kid in the family. I had to change schools and that was awful. The whole thing was awful.” Pause. “And when I went back home, my mother still rejected me.” Pause. “And then she started dating. That was worse. All those men. And then my step-father. The whole thing was a nightmare.” Pause. “You know what just went through my mind? I wanted my Mommy back.”
Crying, Ray adds, “And that’s how I feel right now. I want my Mommy. Except it’s Pamela.”
I remain silent, thinking this is not the time to explore the meaning behind Ray’s similar feelings about his mother and Pamela.
“I guess that helps explain my panic,” he continues. “But it doesn’t take it away,” he adds, looking at me beseechingly. “Can’t you take it away?”
“So perhaps now I’m the Mommy who you want to take away all your fears and sadness.”
“Can you?”
“That’s clearly your wish, but I’m afraid I have no magic wand.”
“No?”
“No, but we can look at your desire for that magic wand, for the all-powerful, all-perfect mother who can take away all your fears, all your sadness so that you feel nothing but perpetual bliss.”
“Sounds wonderful.”
“But I wonder if it would feel wonderful or, as you said before about your early mother, whether it would feel too much and you’d want to get away.”
“I don’t know. Right now it sounds wonderful.”
“When faced with abandonment you yearn for closeness, but when there’s closeness it can feel like too much and you yearn to get away.”
“I don’t know. I can’t deal with all that now.”

Jennifer sits in the chair across from me and cries. Tall and thin, with straight blonde hair, at 18 years old she is younger than most of the patients I see. I suspect her distress is about the school shooting at Marjory Stoneman Douglas High School on Valentine’s Day.
“Did you lose friends in the shooting, Jennifer?”
She shakes her head. 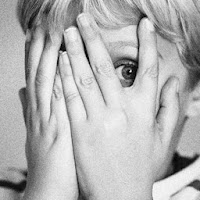 “Are you scared it will happen in your school?”
She shakes her head.
“You know, Jennifer, I saw your Mom a number of years ago and she called and asked that I see you. Does the fact that I saw your Mom feel all right to you?
She nods, then startles. “But what I say here is just between us, right?”
“Your Mom said you just turned 18, so yes, what we say here is confidential, unless I’m afraid you’re going to hurt yourself.”
“I won’t. I’m too much of a coward to do anything like that,” she adds sobbing.
“I lot of people are really scared right now, Jennifer. That doesn’t make you a coward.”
“No, they’re not. They’re marching. They’re going to Tallahassee. To Washington. They’re confronting the NRA, the President.”
“Yes, that’s true.”
“I can’t,” she says sobbing. “I can’t do it. I’m a coward. A coward!” she says with clenched teeth, her fists covering her tightly closed eyes. “Why can’t I do it? They can.”
I immediately flash on my younger self. I so admired my grandmother, willing to fight for what she believed, while I fearfully hung back. I don’t know that I saw myself as a coward, but I did feel disappointed in myself and wished I could be different. It was a wish that was at least partially fulfilled when I was able to confront my demons from the past. But none of this will help Jennifer right now.
“That’s actually a very good question, Jennifer,  especially if you could ask it without beating yourself up. What do you think makes it so frightening for you to think about protesting like some of the other students?”
Jennifer stops crying. She looks up at me like a deer caught in the headlights. She pauses then shakes her head and says, “I can’t. I can’t say.”
“Can you tell me why you can’t?”
“I’m scared. And… and I don’t want to make it a big deal.”

“Anything that scares you so much is a big deal.”
Silence.
“Can you tell me a little about your life, Jennifer? You’re an only child, right? Do you live with both your parents?”
“Yeah, it’s just me. My parents divorced. It must be a long time since you saw my Mom. They’ve been divorced since I’m nine. They had joint custody. But now that I’m 18 I’ll live with my Mom until I go to college.”
“So you prefer living with your Mom?”
“Oh yeah.”
“What’s your relationship like with each of your parents?”
“I’m real close with my Mom. My Dad, not so much.”
“Can you say why?”
“He always criticizes me. Nothing I do is ever good enough.” She hangs her head.
“Anything else?” I ask.
“He has PTSD. He was in Vietnam.”
I had forgotten that, but I remember now that Jennifer’s Mom said he could be explosive and erratic.
“Are you afraid of your Dad?” I ask gently.
“I didn’t say that!” she says, sounding panicked. “Besides, what does my Dad have to do with my being afraid to stand up for what I believe?”
“And what do you believe, Jennifer?”
“That guns kill. That we should have way more restrictions on who can get guns and what kind of guns are available.” 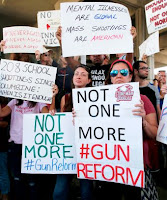 “What does your father believe?”
“He believes people have the right to have guns, but he doesn’t think a 19 year old should have an assault rifle.”
“What does he think about the protests?”
“He hates them. Reminds him of the Vietnam protests.”
“How would he feel if you participated?”
“He wouldn’t allow it.”
“And what would he do if you participated anyway?”
Jennifer looks down and keeps shaking her head. “He’d scream and scream and scream. But not like normal people scream, like way, way out of control. He might also slap me or lock me in my room. He’s really scary,” she says, her words coming out in a rush.
“And you’ve been living with this all your life, Jennifer?”
“Yeah, although it got worse after the divorce. Before my mother could protect me a little. Afterwards he just got meaner. I never wanted my Mom to know. I didn’t want to upset her.”
“Well, Jennifer, I think we know why you can’t protest as many of your friends do. But I don’t think it’s only because your father disapproves of the protests. He’s scared you your whole life, so to stand up to any authority is terrifying, just like standing up to him as a little girl was terrifying.”
“Really? You think that’s true?”