“I went out with Charles again last night,” Ashley begins. “You know the guy I met on Match who I’ve been out with a few times.”

“I remember,” I say, nodding at the computer screen. “You kind of liked him.”

“I guess, but he was a little too much last night.” 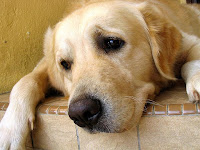 “I don’t know. Like he started telling me all about his childhood, which was pretty terrible. He was physically abused by his mother, like really bad. And he wanted to know all about me. I’m not sure I was ready for that.”

“What made you uncomfortable?”

“What if we don’t work out? Why should I tell him all about me? Does he really need to know that my mother died of cancer when I was four and that my father wanted nothing to do with me?”

“I’d say there would be no reason for him not to know.”

“I never understand why you feel I should be blabbing my whole life to anyone and everyone.”

“Well, if you’re not presenting who you are to people it’s kind of impossible to get close to them and it takes a lot of energy to be play acting through a large part of your life.”

“You could be in terrible pain right now, physical or emotional, and you wouldn’t tell me about it, right?”

“That’s true. We do all have roles that we inhabit in our lives and…”

“See, I told you! So I’m no different than you or anyone else!”

“We all have roles that we inhabit. Being a therapist is one 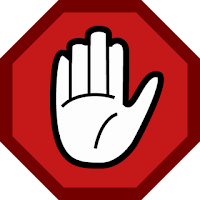 role, just as being an attorney is another. And, no, in our professional roles we’re not telling everyone everything about us. You’re not going to be in front of a judge and say, “Your Honor I can’t try this case today because I had to put my dog down yesterday and I’m a total basket case. But yesterday, when you put your dog down – obviously I’m just using that as an example – would you have been able to call a friend and say I need to talk?”

“I don’t have a dog,” Ashley says matter-of-factly. “I don’t want a dog.” Pause. “Actually, dogs are kind of like that guy last night. They want too much. They’re always there, always begging. I guess you’ll say that’s my need to keep my distance.”

“Yes, I would. And there’s the question of why that distance feels so necessary for you.”

“It just popped in my head that we’re back in your office next week. I don’t like that idea either. This is much more convenient. I don’t have to drive to and from your office. I don’t have to waste time sitting in your waiting room. I just turn on my computer screen and here you are.”

“So I assume by bringing that up right now, you’re making the connection that returning to my office feels closer – literally and figuratively - than virtual therapy.”

“Right. And I’d prefer continuing just as we are.”

“So do you have any thoughts about what makes closeness so uncomfortable?”

“It’s messy. People are just so needy. They want so much. Just like a dog.”

“Are you needy, Ashley? Do you want so much?”

“I think you learnt that early on. If there’s no one really there for you, you learn that you have to take care of yourself.”

“But there’s a problem with that, Ashley. When you were four years old you couldn’t take care of yourself. You were a helpless, dependent little girl who just lost the most important person in your life. That little girl is still inside you. She still wants and needs and longs for someone to care for her…”

“Ugh! That’s disgusting. I hope that’s not true. And if it is true I want her gone, poof! Like she never existed.” 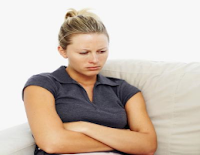 “So what should I do about it?”

“Well, first we’ll resume in office visits and we’ll talk about how that feels for you. And when you’re with someone and feel the need to get away, maybe you can try to pay attention to what you’re really trying to get away from. I suspect it might be the needy part of yourself.”

“What if I just avoided people?”

“I guess that’s your answer.”