“You know, I’ve been thinking,” Jacquelyn begins. “I’ve been thinking I should take a break from therapy for a while.”
Internally, I scream, ‘What!? I thought you said you were going to think about your anger?’ To Jacquelyn I say, “And why is that?”

“I don’t know. I’ve been doing this for over a year, seems like it’s time for a vacation.”
“Does your desire for a vacation seem connected to last week’s session when you realized you were angry at your mother for not protecting you as a child?” I ask.
“I didn’t say that.”
“Not exactly, but you did want the woman in the TV show who reminded you of your mother to be killed by the serial killer.”
“I didn’t say that either.”
Disappointed that Jacquelyn has moved so far away from her more open, insightful stance of last week, I ask, “What’s your sense of what’s going on between us right now?”
“Nothing special.”
Feeling increasingly exasperated, I ask, “Can you say what you think is going on between us even if it’s not anything special.”
“You’re mad at me. You’re mad at me because I want to stop therapy.”
“I am annoyed with you, Jacquelyn, because I felt so hopeful last week, hopeful that we’d made a breakthrough, that you experienced your anger at your mother and that although you were scared of the repercussions, you went away wanting to think about it.”
“It was too scary.”
“I do understand that, Jacquelyn,” I say, thinking that perhaps she’s put one toe back in the water.
“But why were you angry at me if you understood?”

Hmm, I think to myself, I wonder if Jacquelyn wanted me to feel angry so that I could feel what she feels – angry but thwarted in its expression. I decide to keep that thought to myself. “I can understand and still be angry. Anger is a feeling. We can’t control what we feel, although we can control what we say or what we do.”
“So you don’t feel scared when you feel angry?”
“No, I don’t feel scared when I feel angry. Except some times.”
“Like when?”
Although repeatedly answering a patient’s questions is unusual for me, I feel that in Jacquelyn’s case it is a helpful form of modeling, perhaps making her own anger less frightening. “Well, I guess like in that TV show you talked about last week, I’d probably be scared if I got angry at the serial killer because I’d be afraid if my anger showed he might immediately kill me.”

“That’s it!” Jacquelyn says staring at me, her eyes wide open. A second later she’s sobbing, pulling at her hair.
“It’s ok, Jacquelyn,” I say quietly. “There’s no serial killer here and your father is long dead.”
She continues crying, but seems calmer. Through her tears she haltingly says, “I never even knew I was afraid he’d kill me. Like he could read my mind. Like he’d know I hated him. I was always so scared, so scared, so scared,” she says cradling her body in her arms and rocking in the chair.
“I’m so sorry, Jacquelyn. I’m so sorry that you had to go through all that. You were only a powerless, dependent little girl. You were so scared.”
I can see Jacquelyn bristle. She stops crying and lifts her head. I went too far.
“I’m sorry, Jacquelyn,” I say, “I know it’s very hard for you to be aware of how powerless you were as a child. It makes you feel all the more frightened.  It’s more than you can bear.
“Maybe it is time to take a break from therapy.”
I look at Jacquelyn tenderly. “No, it isn’t,” I say. “I know I went too far. You were back there being that little girl and I so terrified you that you had to come back to your adult self, had to go back into a defensive mode. Will you forgive me?”


She is again crying. “I don’t think in my entire life anyone asked me to forgive them. I used to dream about that. I used to dream that one day both my mother and father would take me aside and apologize for all the bad things they’d done to me. But of course that was ridiculous. Except it’s kind of like you made my dream come true, even though you didn’t do anything nearly as bad as they did.” Pause. “Yes, I’ll forgive you,” she says crossing both her hands on her lap and staring directly at me.
Posted by Linda Sherby PH.D., ABPP at 6:43 AM 6 comments:
Email ThisBlogThis!Share to TwitterShare to Facebook
Labels: anger, defense, expression, fantasy, fear, mental health, patient-therapist relationship, powerlessness, psychotherapy, repression, terror, vulnerability 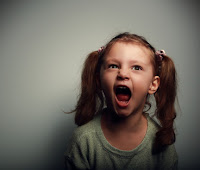 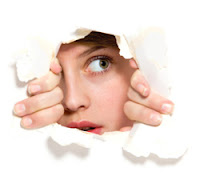