I Have to See You

“I’m sitting in your parking lot,” Laurie says barely whispering into the telephone.
I consider asking her why, but I know the answer. Instead I say, “I’m sorry.”
“Not even your car is here. I thought maybe I’d at least see your car.”
“You know I’m working from home, Laurie.”
“I know. But I thought maybe I’d get lucky.” Pause. “How long is this going to go on?” she asks, plaintively.
“I don’t know. No one knows the answer to that.”
“But you could see me. We’re not under lockdown. I can eat in restaurants. I can have my hair done.”

“That’s all true, Laurie, but it doesn’t feel safe to me for us to be behind a closed door in a small space without a mask.”
“I know. I know. We’ve been through this a hundred times before. But I have to see you! I have to! I have to know you’re really here!”
“We did try FaceTime.”
“That’s worse. That’s like you’re here and not here. I don’t know. That totally spooked me. Then you really aren’t real. It’s almost like you’re a figment of my imagination. Like I willed you onto my phone. Flat. Way too flat.”
“Flat or dead?”
“I know you keep going back to that.” Pause. “Maybe. I don’t know. I went off to school, came home and my mother was dead. I’m sure that did a number on me. Oh yes, and by the way, she killed herself.”
“You’re talking about that horrible time almost like it happened to someone else.”
“I don’t want to feel that now! I’m too sad, way too sad, why would I want to start feeling about my mother offing herself?”
“Maybe because you are feeling it. Maybe because every time you pour over the statistics about how many people have died and how old they were and where they lived, you’re actually mourning your mother again and again.” 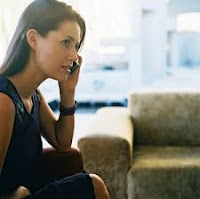 “Don’t I ever get to have mourned enough?”
“I think there are always times that losses in the present trigger past losses, especially when that loss was so primal.”
“How about if I met you in the parking lot for a session? At least that way I could see you.”
“And what? We’d both sit in our cars and …” I stop myself. Giving Laurie the practical reasons why her suggestion won’t work is not what’s needed here. “You know, Laurie, it strikes me that you’re trying to undo your mother’s death. It’s as though if you figure out a way to see me, to erase the missing, to erase the absence, then that will magically make everything all right including bringing your mother back to life.”
Silence.
“What do you feel if you accept that we’re not going to see each other for some indefinite period of time?” I ask.
“Angry!! Angry, angry, angry! Because it’s only an indefinite period of time because you’re making it an indefinite period of time. It’s you, you, you!! You’re doing this.”
“Just like your mother killed herself.”
“Right! Who the fuck has the right to kill themselves and leave behind a six year old child? It’s not right! It’s not fair,” Laurie says sobbing.
“No, Laurie, it’s definitely not fair,” I say softly.
“Okay, so I’m mourning now, are you happy?”
“I’m definitely not happy you’re in pain, but you know I always think it’s best for you to feel whatever it is you’re feeling.”
“I want to see you! I want to see you! That’s what I’m feeling.”
“I’m sure that’s true. And I’m sure that’s what you were feeling as a child as well.”
“Fuck you! Leave me alone.”
Silence.
The silence continues.
I hear Laurie crying.
“I’m here Laurie,” I say quietly.
“You sure?” she whispers.
“I’m positive.”
“I used to make believe that I was talking to my mother on the phone, like she’d taken a trip somewhere and was missing me and couldn’t wait to get home to see me. Isn’t that pathetic?”
“No, Laurie, that’s not pathetic at all. It’s totally understandable and very, very sad. Don’t you feel for the little girl who was you who wanted her Mommy to come home?”
“I guess. Sometimes.” Pause. “And sometimes I just want her to stop being such a baby. I guess like I should stop being a baby when it comes to wanting to see you.”
“You’re not being a baby. You’re yearning for what your mother took away from you and what you feel I’m taking away from you too.”
“But you’re really here, right? I’m not just imagining you and I will get to see you again sometime?”
“Yes. I’m here. And we will see each other again.”