“I can’t stop thinking about it,” Trevor begins. “Two therapists in this office died. Who’s to say you won’t be next? I’m having nightmares about your dying almost every night. What did they die of?”
Trevor’s speech is rapid, staccato, his anxiety palpable. 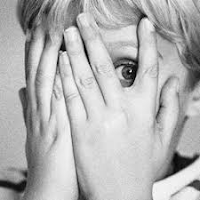 “I’m sorry you’re so distressed, Trevor, but I can’t see how knowing the details of other therapists’ deaths would help to calm you. What we need to do is deal with your fear of losing me.”
“More like terror.”
“Well let’s talk about that terror.”
“In my dreams I see you here in this office and as I’m talking to you, you start fading away, vanishing right in front of my eyes. And then you’re just gone and I’m here in an empty office. Sometimes I start screaming. Sometimes I wake myself up screaming.”
Listening to Trevor’s dream is difficult – his distress, the description of my death, plus the whole idea of fading away which actually taps into my own childhood nightmares. But I’m the therapist here and my patient needs me to act as one.
“Any idea, Trevor, why you’re dreaming this particular way of losing me, my fading away?”
“What difference does it make? Any way you’re gone.”
I’m surprised by what I hear as an angry tone to Trevor’s response. I remain silent.
“I really feel I should cut down on my sessions. I need to become less dependent on you. I need to prepare myself for your… for your leaving.”
“And how do you feel when you think about that?”
He pauses. “Not so good.”
“If you cut down on your sessions, would that be like your gradually fading away from me?”
“Oh! I never thought of that!” Pause. “But maybe that’s not a bad idea.”
“As in you’d leave me before I left you?”
“Yeah. Yeah. Something like that.”
“Would that feel like you’re getting back at me?”
“I don’t know. Feels more self-protective.” 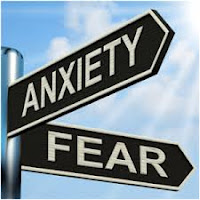 “Trevor, it strikes me that a lot of how you’ve been in the world is self-protective, removing yourself from people, remaining distanced.”
“I suppose.”
“And we’ve always thought about that self-protection as stemming from your feeling the need to protect yourself from your father, and even more so when you realized you were gay.”
He nods.
I’m silent.
“What are you getting at?” he asks.
“Well, I was wondering two things, first how your mother fits into all this and second whether there isn’t some anger, some retaliation in your withdrawal.”
“Wow! I need to think about that.” Pause. “You know, Myra, my oldest sister, used to say that as my mother had more kids – 4 after me - she faded away more and more.” Pause. “I think that’s true. Early on Myra and I probably had the best of my mother, but then she kind of vanished.” Pause. “Just like you in my dreams.” Pause. “You think that’s why I’m so terrified of losing you, it’s like losing my mother all over again?”
“I think it’s very possibly at least one of the reasons. And it’s certainly interesting that Myra talked about your mother vanishing and your nightmares are about my vanishing.”
“But that doesn’t change the terror.”
“Well, if we’re able to help you re-experience your childhood terrors and come to know – and feel – that you’re not the helpless, dependent child you once were, I suspect you’d have much less terror about losing me. And there’s still the question about your anger and retaliation.”
“But what if I don’t feel the anger? What makes you sure I’m angry?”
“I can never be sure, but when you talk about wanting to leave me before I leave you, it sounds like retaliation, it sounds like you want to punish me and that feels like retaliation.” 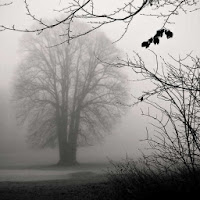 “Like you think I was angry at my mother?”
“Yes.”
“Myra was certainly angry at my mother. She had no doubt about it. Practically ruined her life. She was so busy rebelling she became a drug addict! But she came around.”
“So you’re saying that anger is dangerous.”
“You bet! Just try being angry around my father!”
“And what about your mother? How did she react to anger?”
“I can’t believe I’m saying this, but she faded away even more.”
“So being angry with your father is physically dangerous and being angry with your mother leads to abandonment. No wonder you don’t feel your anger.”
“This has been a heavy session. Feels like a lot going on.”
“I agree.”
He sighs. “So I guess I shouldn’t cut back on sessions.”