Jeffery throws himself in the chair across from me looking more disheveled and distraught than his usually calm, poised presentation of a mid-forties successful financial advisor.
“I couldn’t wait to get here. I almost called and asked if you had a double session available today or any more sessions available today at all. Do you?” 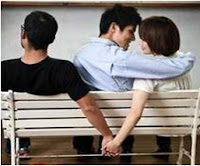 Thinking about how reluctant Jeffery has been to increase his therapy sessions to more than once a week, I say, “I’m sure I can see you later this afternoon, but first why don’t you tell me what’s going on.”
“My wife told me she wants us to have an open marriage.”
Many thoughts go through my mind, including the sarcastic, ‘so now the shoe’s on the other foot.’ Instead I say, “Her request obviously disturbed you.”
“Hardly difficult to figure that out. Can you imagine?! My wife! The prissy little woman who left me begging for sex.”
“Jeffery, what’s so disturbing about her asking for an open marriage?”
“That’s a dumb question.”
“You could look at her request as freeing you to see as many women as you wanted without having to sneak around.”

“But she could also see as many men! In fact, she already has. She told me at first she wanted to get back at me for all the women I saw on the side – even though I never admitted to seeing any other women. So she went online and started going out on dates when she knew I’d be out. And then she’d have sex with them. It almost made me throw up to hear that. And then she told me she’s come to enjoy it and wants to be able to do it openly. Ugh!”
“Jeffery, I know you might think these are dumb questions, but why is a man who never followed his marriage vows, so disturbed about his wife wanting the same freedom?”
“It’s not the same. She said she did it because she wanted to get back at me, meaning she must have been angry at me.”
“And does that give you an idea about your own motivation?”
“I wasn’t angry at my wife.”

“’A prissy little woman who left me begging for sex’ doesn’t sound not angry, but maybe it’s more than just your wife you’re angry at.”
“That theory again. I’m angry at my mother for dying and leaving me and therefore I’m angry with all women. I don’t buy it.”
“Can you think seriously for a moment why you might not buy that theory?”


“It’s just a cliché.”
That’s not a moment’s worth of thought, I think. Then I realize I’ve had several sarcastic thoughts this hour. Am I angry with Jeffery for being unfaithful? But I’m not angry with other unfaithful patients. Am I feeling Jeffery’s conscious or unconscious anger at me? Certainly a possibility. Am I angry with Jeffery for not accepting anything I offer be it a question, an interpretation or a request? Another possibility.
“Have you ever noticed Jeffery that you rarely take in anything I offer?”
“For heaven’s sake, my wife just told me she wants an open marriage and you want to talk about us.”
I think, ‘well, there’s an example,’ but I swallow that sarcastic response and say, “Perhaps there’s a connection between the two, Jeffery.”
“What!?” he says, roiling his eyes towards the ceiling.
“I wonder, Jeffery, if the reason you feel angry with women is that you’re afraid of being dependent on them, of needing them.”
“That’s ridiculous.”
“Again, I’m going to ask you to think about what I just said and to try and take it in.”
“It doesn’t make sense to me,” he responds immediately.
“Okay. Let me ask you something else. Do you still want that second session today?”
“What!? You’re more scattered than I am. If it’s going to be like this, no, no I don’t want it.”
“I think you’re afraid of having to rely on women – particularly your wife and me - because either you’re afraid you’ll lose us or become so dependent on us that you’ll feel the extent of your own neediness. And if you reject my idea without considering it you’ll have proven my point.”
Jeffery laughs. “I guess I can’t win.”
“It depends what you want to win,” I say very seriously. “If you want to get to the place where you can have close, meaningful relationships with women, you can definitely win.”
“And what would I need to do to make that happen?”
“I guess you could start by accepting that session later this afternoon.”
“That was a trick.”
“No, it wasn’t a trick. When you were extremely distressed you wanted to see me as much as possible, but once you were here, you had to reject your desire to rely on me by refusing the second session, just as you’ve rejected coming more than once a week.”
“Okay, okay. I’ll come in later this afternoon.”

“I love you,” Melanie says, looking downward.
Twenty-five year old Melanie has been my patient for two years, a lovely young woman struggling with anxiety and depression.  One of six children raised on a farm by parents who saw their offspring as laborers, rather than cherished beings, Melanie has come to rely on me as one of the few people who is consistently in her corner. Professing her love for me doesn’t take me by surprise. 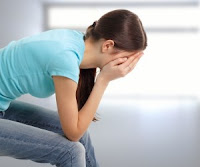 “Thank you, Melanie,” I say, “that’s a lovely gift.”
“No,” she replies. “It’s much more complicated.”
I wait, unsure what she means.
“I said that to my last therapist,” she says hesitantly. “You know, I’ve talked to you about Dr. Hopkins. I saw him for a couple of years before you.”
I nod.
“But I never told you what happened, why I left.” She pauses. “We had an affair.”
I’m shocked. Not that I’ve never heard of therapists inappropriately crossing sexual boundaries, but I’m surprised Melanie never told me something of such significance.
“I’m so sorry, Melanie. How come you never told me before?”
“I was too ashamed.”
The victim blaming herself. Not unusual I think to myself. “Do you realize that Dr. Hopkins abused you?”

“No. It wasn’t like that,” she protests. “I told you, I loved him. And he loved me back. That was the most wonderful surprise of my life. Someone I so looked up to and admired actually loved me!”
“Melanie, how did your therapy with Dr. Hopkins end?”
“Well, for a while we saw each on the outside and I continued to have my regular therapy sessions. Dr. Hopkins was very clear that we couldn’t do anything sexual in the office, that we had to remain professional during our sessions.”
I am beyond furious at this so-called therapist, but hope that I am successful at concealing my feelings.
“But then Dr. Hopkins told me he didn’t think I needed therapy anymore. So I quit and just saw him on the outside.”
Still seething, I wonder if Dr. Hopkins thought his prowess as a lover had “cured” Melanie or whether he just found it too difficult to keeps his hands off her during their sessions.
“But then one day,” she continues, “he said that we couldn’t see each other anymore. He told me his wife was sick and that he felt too guilty being with me. I was devastated. I mean, I knew he was married. I knew it wasn’t like we’d be together forever and ever. But I loved him so much. And I thought he loved me. So how could he just walk away?”
“When you say you thought he loved you, are you now questioning that?”
Melanie starts to cry. “I was a fool. I know I was a fool. Did I really think a smart, educated man more than twice my age would be in love with me? He wanted my body. But I just wanted so much for him to love me, that I deluded myself into thinking he did. That’s what I’m ashamed of, being such a fool.”
“There’s an awful lot to deal with here, Melanie, and I’m sure we’ll return to this many times, but I want to come back to us before the session ends. So what did it mean to you to tell me you loved me? And what response did you hope for – or fear?”
“I’m not sure. I know I don’t want to sleep with you, but I do want you to love me. I guess I want to crawl into your lap and have you stroke my hair and tell me you love me, just as you’d tell your own daughter. Is that wrong?”
“No, Melanie, what you wish for can never be wrong. But acting on that wish is different. You wanted Dr. Hopkins to love you, which really meant you wanted him to care about you, to cherish you and to act in your best interest, not his. He did abuse you, Melanie. He took advantage of your need, of your vulnerability and crossed what should have been an unbreakable boundary. As for us, the wish to crawl into my lap and be my daughter is a more than understandable wish for someone who was so neglected as a child. But if I were to act on that wish I would not be acting in your best interest, because I would be giving you the false hope that you can go back to being a child and get from me what you couldn’t get from either of your parents.”
“That makes me sad.”


“I’m sure it does. Mourning what you never got and never can get, is always sad.”
Posted by Linda Sherby PH.D., ABPP at 9:31 AM 7 comments:
Email ThisBlogThis!Share to TwitterShare to Facebook
Labels: boundary violation, hopelessness, love, mental health, patient-therapist relationship, psychotherapy, sexual abuse, shame
Newer Posts Older Posts Home
Subscribe to: Posts (Atom)