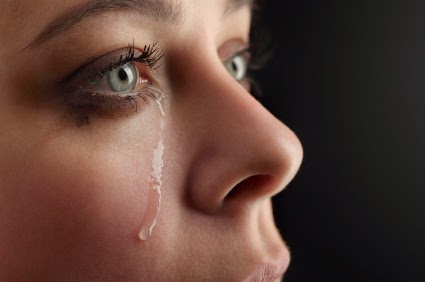 Opening the waiting room door I immediately know something is wrong. Usually bubbly Sarah looks blank and forlorn. Unsmiling, she rises deliberately from the chair and walks slowly to my office.

Sighing she looks down at her hands. “I had a miscarriage,” she says quietly.

“Oh Sarah,” I say. “I’m so sorry. I know how much you and Philip were looking forward to having another child.”

“Have you been able to cry about the loss of your baby?”

She shakes her head. “I can tell you’re concerned about me. Phil is too. I don’t know what’s wrong with me. It’s like a cloud has settled over me, like I don’t feel anything. I guess I’m depressed, but it’s so unlike me. I get anxious, or kind of crazed, but depression, this is new to me. I don’t like it. It’s hard for me to do anything. Even taking care of Josh feels like a chore and you know how much joy I usually get from him.”

“Does being with Josh remind you of the child you won’t have?”

“No, I don’t think so. It’s not like we can’t have other children. We’re both young. We’ll try again.”

“But that rational thought isn’t helping you right now.”

“Maybe it’s that you’re afraid to feel the extent of your loss. Maybe it reminds you of other losses in your life. You have had a lot of losses.”

“You mean my mother?”

I nod. “I’m sure that was the most difficult. You were only a child. It’s pretty scary to be without your mother.”

“Yeah, that’s true. But you said it exactly as I felt it. It was scary. And that’s usually what I feel about losses, scared and anxious, but not depressed.”

“So what’s making this different, Sarah? What thoughts have come to mind for you.” 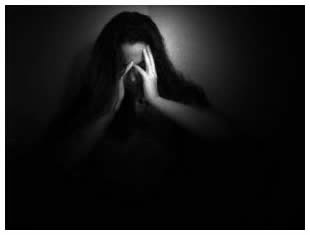 “It keeps going around and around in my head that it’s not fair. And I know that’s ridiculous. Life is never fair. It wasn’t fair that my mother died of ovarian cancer before she was thirty. It wasn’t fair that my father married some crazy woman and dragged me halfway across the country so that I lost everyone I knew. And it’s not fair that I lost this baby. Phil and I are great parents. Why couldn’t we have another child now, when we were so looking forward to it? But I know that’s ridiculous. Life isn’t fair, period.”

“Right now, Sarah, how do you feel about life being unfair?”

“Yeah, I was pretty angry with them. I guess that’s why I did so much acting out as a teenager. But when my mother died, no, I don’t remember being angry, just sad and scared. Real sad.”

“So you’ve mentioned two things that might have kept you from being depressed as a child: being sad and acting out. Now you can’t cry over the loss of your baby and there’s not really anyone you can act out against.”

Immediately on alert, I ask, “What do you mean?”

“I’m not going to do it, but I’ve had fantasies of cutting my stomach.”

Keeping myself calm I say, “So it’s like you’re blaming yourself for the miscarriage and want to get back at yourself.”

“I hadn’t thought of it that way but it makes sense.”

“Do you blame yourself for the miscarriage, Sarah?”

“Not really, although I did wonder if I’d overdone my exercise, but the doctor said she was sure that had nothing to do with it.”

“I wonder, Sarah, if it feels to you that someone has to be to blame, either you or some unfair force out there that made it happen. Just like with the death of your mother, I suspect it feels way too painful to deal with the reality that awful things do happen and that we’re left to deal with all the pain that remains. You know it rationally. You can say life is unfair. But I wonder if on an emotional level there’s still that helpless, powerless little girl who’s railing against the unfairness of it all.”

“I’m glad you’re able to cry, Sarah. Hopefully that will be the first step to getting you out from under the cloud.”
Posted by Linda Sherby PH.D., ABPP at 1:35 PM
Email ThisBlogThis!Share to TwitterShare to Facebook
Labels: anger, blame, death, depression, loss, mental health, miscarriage, psychotherapy, sadness

Despite all that's been written, said, and (over)prescribed about and for depression, Freud had the best definition: anger turned inward. Those who live with chronic severe depression know that although there is definitely a biochemical component to the disease, which, if not the origin, is certainly a major player in its self-perpetuation. But the triad you describe here, Linda--early loss, insecure attachment, and self-blame--kindles the fires of genetic predisposition to this soul-destroying malady. A few episodes of depression may be likened to clouds, but chronic, unremitting depression-- the outward manifestation of rage turned against the self--is a blazing hell.

I totally agree with you. Sarah was a woman who was not prone to depression. Her miscarriage was one loss too many, one additional catastrophe she could not control. For her, a cloud descended. But those who suffer from "chronic, unremitting depression - the outward manifestation of rage turned against the self" are definitely in a "blazing hell."