I am aware of feeling annoyed as I go to the waiting room to greet Philip. It’s been five weeks since I’ve seen him. Each of the last four weeks he cancelled three or more days prior to our session – well within the time required by my 48 hour cancellation policy to avoid being charged – with various excuses, mostly related to business. Philip is a successful import/exporter. It’s not unusual for him to travel, but we’ve usually been able to reschedule during the week or arrange to talk by phone, even when he’s out of the country.

“It’s been a while,” he says greeting me with a broad smile that enhances his already handsome face. “I’ve been incredibly busy. Business has really picked up. Not that I’m complaining. I know lots of people are hurting, so I’m more than grateful. Other than that, not much is happening. Things are going okay with Serena, although she hasn’t been too pleased with all my traveling. I have been able to keep up with my kids, although I can find myself squeezed between time with Serena and time with the kids.”

“We haven’t seen much of each other the past several weeks either and now you seem to be saying that there’s not much to talk about.”

“Truthfully, I haven’t had much time to think about myself. I just keep on truckin’.”

“Does that strike you as strange? You’re someone who usually spends a lot of time reflecting about yourself, trying to understand why you do what you do and now you’re being kind of flip and indifferent.”

“Maybe I’m just tired of spending all this time ruminating on myself. Maybe it’s time to just start living.”

“First you disappear for over a month …”

“I didn’t disappear,” he interrupts. “I called every time to say why I couldn’t come. Gave you enough advance notice too.”

I find myself confused, annoyed and stymied. When Philip kept cancelling, I thought about our last several sessions trying to understand what might have triggered his desire to keep away and hadn’t come up with anything. Now he’s being disinterested, dismissive and even hostile and I have no idea why. Was he feeling too close and needing to get away? And what was that comment about giving me advance notice? Philip is a wealthy man. Money never seemed to be an issue between us.

“Was it important that you gave me advance warning?” I ask.

“Yeah. Wouldn’t want you to be charging me for a session when I’m not here, especially since you just raised your fee.”

I try to keep my surprise from registering on my face. I raised Philip’s fee by $25, an amount I thought would be insignificant to him.

“Philip, what did it mean to you that I raised my fee?”

“Except I’m not the valet,” I say quietly.

“I didn’t mean to insult you,” he says quickly.

“Philip, let’s stop a moment. I feel like we’ve been sparring all hour and I think I do understand what’s going on. I understand that the actual $25 an hour increase is inconsequential to you. But I think what it did is remind you that we have a professional relationship, that in addition to our human relationship, in addition to the caring interaction that goes on between us, you do pay me for my time. It reminded you, as you said, that this is my job. And I think that made you feel uncared about.” 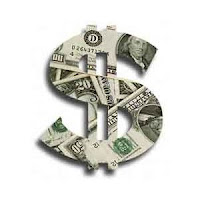 “I never thought of that. At least not consciously. But now that you put it into words, I think you’re right.” He pauses. “Know what I just thought about? I thought about the time when I was a kid and my father and I had baseball tickets. I’d been looking forward to it for weeks. And then sometime before the game a delivery guy arrived with an electric guitar I’d been wanting and a note that said, ‘Sorry, kid, can’t make it. Enjoy. Love, Dad.’ I never did play that guitar. I realize it’s not the same thing …”

“But it felt that money, material things were taking the place of time and caring and that’s how it felt with me too.”

“Nothing to apologize for. I’m glad our relationship matters to you. It matters to me too. And I’m glad we were able to figure out what was going on.”


Thanks, Charlotte. I appreciate your feedback.

this is a good example of how to recognize and address money issues around our fees with our clients. I appreciated that you did not feel guilty or badly about your fee and instead kept it focused on seeking what the connection regarding the fee increase meant for your client.

Linda, I've missed your always intriguing scenarios. In your place I might want to say, "I have decided to charge you by the month whether you appear or not at three times the current fee. How do you like them apples buster!" It's a joke I would tell myself knowing that I had been cavalierly dismissed feeling impotent to deal with his thoughtless, ungrateful, shallow modes of avoiding loyalty, commitment and open emotional communication. Certainly I would feel snubbed and actually annoyed that I had lost income. I would feel demeaned as though my professional role in his life had been written off without any concern nor apology nor any recognition that I had become an important source of support for him as he continued to drift. Feeling frustrated that I could not tell him off nor call him on his cavalier indifference my anger might intensify. After corralling my annoyance I might ask him had he given any thought to me and how I might have felt with his frequent last moment cancellations. Was he curious about his reasons? Did any motive cross his mind? Knowing that he would brush of these inquiries I might say that it seems to me that he believes no one really cares or is concerned and, in fact, everyone acts thoughtlessly. I might also think back to how to close we had done and become. I might even admit to myself that he even seemed to have opened up and offered some compliments and even offer some hints of affection but then had shut the door. I even wondered if he might have been struggling with something he felt uncomfortable to tell me and then I remembered. He had smiled at me as never before after I had made an unusually tender comment...had I sparked a feeling of connection? Was I startled to have said that in the way that I had? It was uncomfortable for me to think he had discovered my emotional investment in him...


You're correct, Sheryl, I didn't feel guilty about increasing my fee - at least not with this patient. There is always a psychological component regarding money, no matter how much or how little anyone has.

Thanks for your feedback.


Good to hear from you again, Sid.

I don't think I felt the kind of hostility you're describing, although of course it never feels good to be dismissed - or to lose income. His cavalier attitude was confusing to me until I had a sense of what was going on between us.

And I don't think I ever feel uncomfortable about a patient knowing - and feeling - that I have an emotional investment in them.

This is a really interesting piece, thank you. I've been trying to work through for myself this apparent paradox of a buisness relationship and a deeply personal one. The therapeutic relationship is unique and there is nothing like it! Does my therapist truly feel/care me? I had already decided that mine must do - despite the finiacial angle it is a genuinely caring relationship and we've been seeing each other for too long for her to been have been acting all that time!

Great interaction between you and the client. This type of resentment probably occurs more often than we think and can be very uncomfortable to address.


I'm glad that you found my piece helpful to you, Annie. Am also glad you've come to a place where you can accept your therapist's caring, despite the financial arrangement.

I wish you the best.


Thanks, Rune. I appreciate your feedback.

I appreciate your posts as well.