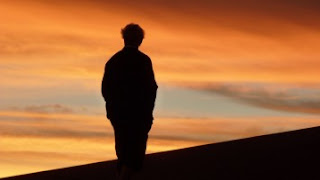 “So,” Philip begins, “There’s something I’ve been thinking about and after all these years I certainly know I’m supposed to talk about everything I’m thinking about. So, here goes,” he says, inhaling deeply. “We have two weeks, six sessions left and for our last session I’d like to take you out to dinner.”

Many thoughts and feelings flit through my mind. I’m surprised. Philip is a 55 year old obsessive man who despite years of therapy is still fairly rule-bound. Taking me out to dinner would definitely be bending those rules. So should I consider his request an indication of progress? Perhaps, perhaps not. Either way, I know I’m not going accept. To do so would be stepping way outside the bounds of our relationship. I have gone to lunch or dinner with patients who have been out of treatment for long time, but then I know that the treatment is definitely over and it’s more like catching up with an old friend. Last sessions and, in fact, the entire process of termination is fraught with many intense and conflicting feelings. A restaurant is definitely not the place to deal with them.

“What makes you ask? Why do you want to take me to dinner for our last session?”

He looks instantly deflated. “You’re not going to do it.”

I smile inwardly. My apparently neutral question wasn’t so neutral after all.  “No, Philip, I’m not going to accept. I’ll explain why, but first I’d be interested in knowing why you want to.”

“Is it because I’m a man? I mean I know we dealt with some of my, uhmm, feelings about you along the way, but this has nothing to do with that. I just want to say thank you for all you’ve done for me.”

“And when you say ‘thank you for all you’ve done for me,’ you’ve given me more than enough, a gift. You’ve been able to put your feelings into words. And your warm feelings at that. That’s a major accomplishment for you.”

“You didn’t answer my question.”

“No one likes to be rejected.”

“Whoa. Let’s go back a minute. You say that you want to take me out to dinner to thank me for what I’ve done for you. What do you imagine you might be feelings that last day? Or the last week? Or what are you feeling today about ending?”

“Hmm. I feel disappointed. And hurt. And a little angry. And confused. I don’t understand why.”

“So let’s say we were at a restaurant right now. Would you like to be dealing with all those feelings at the restaurant?”

“I wouldn’t be having these feelings if we were at a restaurant.”

“Ah ha! So perhaps you’ve just told us another reason why you might want to take me to dinner for our last session. Maybe it’s so you won’t feel all the feelings you might be having during that session.” 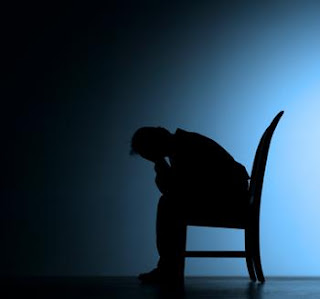 “Last sessions can be pretty emotional. I know there’s some excitement about leaving, a feeling of accomplishment. Some people describe it as feeling like graduation. But even graduation has sadness mixed with it, ending a chapter in your life, ending your relationship with me. We’re known each other a long time. It’s always sad to say good-bye. Sad for me too. I’m happy for you and your progress, but your leaving is a loss for me as well as for you.”

Philip stares at me. “You’re so dear to me,” he says softly. “You will always have a special place in my heart. You’ll be with me always and I’ll miss you more than I can say.”

“That’s so beautiful, Philip. Thank you. That means so much to me. I think about how you couldn’t even identify what you were feeling when we first started working together, let alone express it. And to be able to express such deep, caring feelings warms me all over.”

He smiles. “I was just going to say, ‘So how about dinner?’ and then I realized I was just running from all the feelings in the room. I guess we’ll be meeting here for the remainder of our sessions. Five more to go. Makes me sad.”

I believe you've answered all your questions.

Hi Linda, i recently had published a short essay in The Division Review on the ends of analysis, part of a new series by editor David Lichtenstein
Every Piece of String has Two Ends

Halfway thru my long analysis, my analyst’s wife began to suffer from Alzheimers, and so my analyst decided to care for her at home, and since my analysis was not over, we continued by phone, until she died. Three months after she died, after his summer break, my analyst retired, we spoke for a couple of hours and ended the analysis. Who had had the more grueling time, I do not know, but the time had come to end the analysis because my analyst could no longer bear the work. My father had died when I was 19, and my analyst retired when I was 55. The analysis had lasted some 20 years, a bit more than the time I had had with my father and for me, while I suppose I wanted more, I recognized that any more would have gone against reality, my reality and his reality. We had gone as far as we could go, and for me, that was enough. It has been 15 years since, and each year, I remember less of what we spoke of, while certain individual exchanges have solidified in my memory, it is more a general feeling of having taken part in a well conducted psychoanalysis that helped to open me to a new epistemology, a way of seeing things, that I had not been able to see before or even during the analysis, since I was too busy trying to work out my own autonomy during our mutual endeavor. It was only after I was left to my own devices, that I was able to integrate my self reflective strivings with my new found sense of self.
Having been locked out of my birth family’s business, my analysis became somewhat of a corrective emotional experience, as I became an analyst with my own private practice which differed greatly from my own analysts practice, which I am sure my analyst would have been proud. As I became more well situated in the field, I called upon my analyst to present work at a scientific meeting, but alas, it was not to be. By that point, he was in hospital, and when I asked he told me it was too late, he died a few weeks later. I have ended many an analysis, and my patients have ended others, some, to my mind prematurely, but one stands out for me because of the last words of spoken.
After 22 years of analysis with an extremely Obsessive/ Compulsive Narcissistic Character, whose Father had been in the Nazi youth, and whose Mother was Jewish, and who had reversed roles during the analysands youth, with the Mother playing the role of Nazi, and Father, the interned Jew.I came to a point where I felt, while his life had radically changed for the better, that there was little else for us to accomplish , he had moved a long way . I suggested we end the analysis, and we agreed to work until my summer break, which was 10 months away. He looked forward for the first 9 months, but during the last month, my analysand did everything he could to get me to agree to not end the analysis. It was very difficult for me to not give in to his wishes, to either cut back frequency, or agree to let him come in if he needed to in the future. Summoning what I felt to be all of my ethical concerns, I held my ground, and on the last day, as the session ended, after over 20 years of work, my analysand said “ Thank you for the termination “ .
So for me, the end of analysis is when one or the other, or both of the participants can go no further, since every piece of string has two ends.


Thank you so much for your insightful and self-revealing comments, Carl. I love your "every piece of string has two ends." It's a lovely metaphor, another way of saying "'tis better to have loved and lost than never to have loved at all" which I say very often to patients.

I also have a particular interest in endings, whether that be through termination, separation or death. In fact, I wrote a book about it - Love and Loss in Life and in Treatment - which combines memoir with my work with patients.

Thanks again for your input.