“I’ve decided to really start looking for my biological mother,” Liz says at the beginning of our session.
I have seen 27 year old Liz for a tumultuous five years, and although she has brought up trying to find her biological mother on previous occasions, today she does sound more determined. 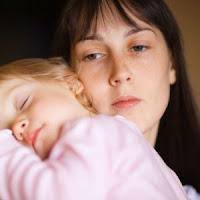 “Did something happen that reawakened your desire to find your biological mother?” I ask.
She shrugs. “I’ve talked about it before. I just think it’s time. I know you don’t think it’s a good idea, but I want to know who she is.”
“It’s not that I think it’s a bad idea, I just want you to be prepared if the reunion with your biological mother doesn’t prove as idyllic as you hope.” I think of all the adopted people I have known – both patients and friends – who have found their biological mother only to be horribly disappointed yet again, people who have been outright rejected, others whose mother wanted to take over their lives, still others who wanted to be financially supported. Finding the perfect fantasized mother is rarely the outcome.
“What choice do I have?” she asks.
There’s a familiar edge to Liz’ voice, an underlying anger, an underlying demand. I look at her quizzically and remain silent.
“Don’t play dumb,” she says. I now definitely know that something is going on between us. “I have no mother. My so-called mother doesn’t give a shit about me. She was just thrilled when I finally moved out of the house so she could start redecorating and have my father all to herself. And then there’s you. You’re just never going to be more than my therapist. If I even move slightly towards wanting more from you, you run for the hills.”
This is a familiar refrain, one that has played out repeatedly over the time we have worked together. From the beginning, Liz wanted me to be her mother. She had fantasies of moving in with me, fantasies of traveling with me, fantasies of curling up next to me on a couch and watching a movie. Sometimes she presented these as poignant longings, at other times she lashed out at me in rage, furious at my refusal to satisfy her desire. I cared deeply about Liz, understood her longing and was able to hang in there with her during even the most difficult times. I think back on our last session and suddenly realize what has led Liz to experience me as pulling back and wanting to search for a more perfect mother. 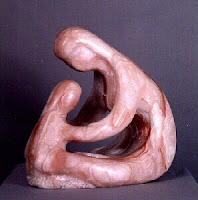 “You were angry that I didn’t want you to take my picture,” I say.
“I don’t see what the big deal was. It was only a stupid picture! Everybody takes pictures these days, pictures of dogs, pictures of signs, pictures of themselves. So what was the big deal with taking your picture?”
“You tell me, Liz. What was the big deal about taking my picture? Obviously you have a lot of feelings about my asking you not to take my picture.”
“Yeah and you gave me some mumbo, jumbo about my needing to take you in and have a picture of you in my mind without needing to have an actual picture. So? I can do that. I have you in my mind. We worked on that for a long time and now I can do it.”
“That’s great, Liz. So the question remains, then why did you want an actual picture?”
Liz looks angry and then seems to deflate in front of my eyes. She sighs deeply and looks down at her hands. “I guess because people always have pictures of their family,” she says quietly.
“I know it’s very hard for you, Liz,” I say with compassion, “But the reality is that I will never be your mother. That doesn’t mean I don’t care about you, it doesn’t mean that I won’t be here for you, it doesn’t mean you’re not important to me, but it does mean that however much you may want it, I will never be your mother.”
“I hate when you say that,” Liz says, more sadly, than angrily.
“I know,” I reply.
“Can we still talk about my looking for my biological mother?”
“Of course. But as much as possible, you need to try and separate your wish to find your biological mother from your wish that I was your mother. And, as I’ve said, you also need to be prepared to be disappointed in your biological mother as well.”
“I hate when you say that, too.”