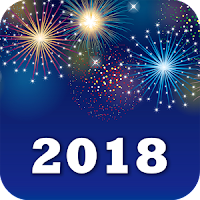 Heather blows her nose and rubs her very red eyes. “I feel as though all I’ve been doing since the New Year is crying,” she says. “I was sure Rob was it. I even thought he might propose on New Year’s Eve. Instead I just sat there waiting for him. Eventually I got panicked and started calling hospitals. He was always punctual. I don’t know why he couldn’t just call and tell me!”
“There you sound angry,” I say.
“I guess. But I can’t hold on to the anger. Mostly I just feel sad. And I think really stupid things like ‘it’s such a waste’ or ‘he was pretty good in bed.’ I know that’s ridiculous, he is who he is and that’s that.” Pause. “Except that I love him,” she exclaims, crying. “And I thought he loved me. When he finally got the nerve to call on New Year’s Day, he gave me that old line, he loves me but isn’t in love with me. Thought he could make it work until he met Brad and they just clicked. I had the sense they practically fell into bed two minutes after they met. And there I had one of those awful thoughts again. I was going to say, isn’t that what gay men do? I don’t want to be thinking that. That’s not who I am. I’m the most tolerant, liberal person around.”
“Perhaps that’s your anger speaking.”
“Maybe.” Pause. “This isn’t the first time,” she says softly.
“Isn’t the first time …?”
“I was involved with another man who realized he was gay. We weren’t quite as serious as Rob and I, but we’d been going together for a while.” Pause. “I’m not sure why I never told you. It was a pretty big deal to me, especially at the time. And now it’s happened again.”
“What are your thoughts about not telling me about the first man?”

“I’ve thought about it. I think I was ashamed. Ashamed that I wasn’t enough of a woman to hold onto a man. Or maybe ashamed of being a woman, that being a woman in and of itself isn’t enough.” Pause. “I think my mother thought that. I wasn’t enough and she wasn’t enough.”
“Enough for what?”
She shrugs. “Enough to be successful in the world, enough to be smart and educated and intellectual like my father. Enough to hold my father’s interest. He was never interested in her. He’d rather sit around with his fellow professors and have philosophical discussions. You know, I’ve told you, as a family we kind of weren’t. We all went our own way. My father paid attention to me when he wanted to impart some tidbit of knowledge, otherwise I was just kind of there. As for my Mom, we never talked, not even when we went on vacation. Just the two of us. My father never came.”
Heather continues. “You know. I wonder if there’s a connection between my not feeling like enough and choosing – unconsciously choosing – gay men. Almost like – this is ridiculous too – they’re less of a man and I’m less of a woman, so maybe I’d be able to hold onto them.”
“What was it like for you sexually, Heather? Did you feel like less of a woman in bed? Did you feel they were lesser men?”
“They weren’t lesser men. Rob was a very attentive lover, always wanting to please me. In fact, he embarrassed me. He wanted me to tell him what it felt like, what I felt when he’d do one thing or another. I didn’t like all that focus on my body. It embarrassed me, made me self-conscious. He’d always satisfy me, always. That made me uncomfortable too because he didn’t always … umm … ejaculate.”
“And the other man?”
“Now I’m really embarrassed.” Pause. “That was different. That was a lot rougher. Sometimes he’d tie my hands and like take me really hard and fast. It was a turn-on. For both of us. When he told me he was gay I asked him about our sex, about how exciting it seemed for both of us. He said it made him realize how much he wanted done to him what he did to me. That made me feel less than. I couldn’t do what he wanted, not only because I didn’t have a penis, but because I just couldn’t. I couldn’t be that aggressive.”
Heather pauses and then continues. “So what am I saying, that I’m not enough of a woman because I’m not a man? Wow! That’s wild. That’s messed up.”
“You’ve described your father as the source of power in the family, the person both you and your mother hoped to ‘interest,’ so it’s not surprising that only maleness feels like enough. How that relates to your choosing gay men isn’t clear – at least to me – and something we’ll have to continue talking about.”
“Definitely. I’m not interested in repeating this for a third time.”

Your blog is wonderful! Informative, enlightening, useful, knowledgeable. Brings us right into the room and into the heart of the matter. Please keep blogging.


Thank you so much, Anonymous. I really appreciate your feedback.