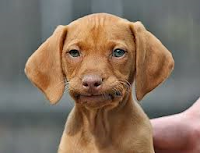 “I had this unbelievably horrible day yesterday,” 76 year old Joan Green begins. With dyed red hair and raised eyebrows penciled to match, she challenges everyone around her and looks perpetually amazed by their response. She is my patient only because a psychologist colleague of mine begged that I see her. She had moved to Boca Raton, Florida a year ago after her daughter who lives in Phoenix could no longer tolerate her and feared her mother would destroy her marriage. Her son, my colleague, was not faring much better and told his mother that he would no longer have anything to do with her unless she went into therapy.
She continues. “I spent my whole afternoon in the pain doctor’s office and didn’t even get everything done. The pain is terrible. Everything hurts me – my back, my hips, my neck, even my feet. I can’t take it anymore.” 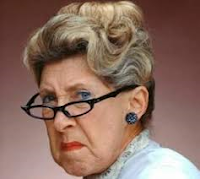 “Did anything go well yesterday?” I ask, perpetually trying to find something positive in Mrs. Green’s constant tales of woe. I doubt I’m the best therapist for this patient. Constant complaining is not my forte, especially when someone is so resistant to looking at her part in the interaction.
“I liked the doctor.”
My eyebrows shoot up in surprise. “Well that’s important. And positive.”
“Well, he was nice, but I don’t see why he couldn’t give me an injection yesterday and not make me come back.”
“Did he tell you why?”
“He needed me to get an MRI first. And he couldn’t do it in his office – I guess he doesn’t have the equipment. That wasn’t good either. And he said I had to call for an appointment. I don’t know why they couldn’t call for me. I don’t carry my phone with me. It’s way too heavy. I didn’t want to have to go all the way home and then go out for an MRI another day. I’m in pain! Obviously or I wouldn’t be in his office. I told them – I was in the waiting room by then, arguing with the office staff - I’d be willing to sit wherever and wait until they could take me.”
“Mrs. Green, does it seem to you that you have lots of expectations of other people, expectations that might be impossible to fulfill?”
“What! What expectations?”
“Well, what are your thoughts about that?”
“Why should I have any thoughts about that? You’re the one who brought it up. You should be the one telling me.”
Annoyed at this constantly demanding patient, I try to step back. “I wonder if you feel so un-given to, so lacking in nurturing that you have a profound need to be taken care of, whether that’s me answering your question rather than your thinking about it yourself or wanting a doctor to have every possible piece of machinery  available in his office, or needing others to make phone calls for you.”
“That’s just stupid psychobabble. Probably because you can’t answer your own dumb question.”
Feeling angry, I’m silent, trying to figure out what I want to say next.”
“What? Cat got your tongue? 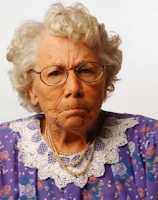 “I wonder what you get out of being so difficult and demanding. I know that it can’t possibly get you what you want. Your daughter didn’t want you in the same city as her. Your son won’t deal with you unless you’re in therapy. But therapy is about looking at yourself. And if you’re not willing to look at yourself instead of blaming everyone else for their insufficiencies, we’re not going to get very far.”
“And that would be my fault?! How about your looking at you?”
“I’m happy to look at how I may be contributing to the difficulty we’re having, but that means you’ll need to look at how you might be contributing to the difficulty too.”
“Okay. So tell me. Both sides.”
“I’m going to answer that question, Mrs. Green, but I want to point out that you’ve again issued a demand and as a result of that demand I don’t really want to answer the question. I am going to answer the question, but I suspect that most people who aren’t therapists wouldn’t. They’d see you as an entitled, demanding, angry, embittered woman. And, from my perspective, that’s all true. But I do think there’s a reason you’re that way and I’m willing to work on us trying to figure out what that reason is which might help you to make some changes.”
“And what’s your part?”
“I think it may be particularly difficult for me to have people make demands on me without my wanting to resist their demands and that might make our work together more difficult.”
“So should I find someone else?”
“That’s certainly your choice. I’d be happy to give you some referrals if that’s what you decide.”
“You’re probably all alike. I’ll stick with you for a while and see what happens.”

Yes this rings true Linda, I have a visceral reaction, there’s years of frustration to come!

While countertransference feelings will arise with a patient like this, I don't think that is the key issue. The issue is that the patient is using the defense of denial through fantasy. She "demands" that reality turn into her fantasy. And she is surprised when it doesn't. Th: "You seem surprised that the doctor didn't want what you wanted." Pt: "Yes!" Th: "Should the doctor want what you want instead of what he wants?" Pt: "Yes. He should!" Th: "Why should the therapist think what you think, when he isn't you?" Pt: "Because I'm right." Th: "So it's right for him to want what you want, but it's wrong for him to want what he wants?" Pt: "Yes." Th: "So it's wrong for him to be him instead of you. Is that true?" Pt: "I don't understand." Th: "You don't understand when the doctor doesn't want what you want. You don't understand when he thinks what he thinks instead of what you think." Pt: "He should agree with me" Th: No. You should agree with you. That's your job. His job is to agree with him. It's your job to be you. It's his job to be him. And you ask him to be you. But that's not his job." Pt: "He should." Th: "You keep demanding that he think what you think instead of what he thinks. You keep demanding that your wish would show up instead of reality." Pt: "It should." Th: "No. Reality should keep showing up. Have you ever noticed that when you fight reality, that reality always wins?" When she sees that you are on her side and that denial is not, your alliance will begin to have an intrapsychic focus. Then she can begin to face the feelings that her denial has warded. Demands are just a form of denial: I demand that my fantasy show up instead of reality.


Thanks very much for taking the time and effort to respond so thoroughly to my post.

It is difficult for me to think about this patient operating in terms of denial through fantasy, although some of that may be a semantic difference. I see her as narcissistic and omnipotent which may be equivalent to your denial through fantasy. The world operates around her. As such, she has no capacity for empathy, for seeing another person as separate from herself. Ergo the doctor and staff should be able to do what she wants when she wants it.

As for your style of being with the patient, that is not something I could ever do. I'm not saying it's incorrect, just that it feels far too confrontational for me as a person.

Thanks for sharing this most challenging patient. I can identify with your sense that perhaps there are therapists who might be better suited to tolerate such an unending litany of complaints. However, I can't imagine any therapist not waiting or hoping on some level for such a miserable patient to leave. I do think referencing her omnipotence that just maybe the point of her trying to induce feelings of uselessness and worthlessness speaks to a pained and desperate effort to communicate at heart her belief that someone is to blame for your refusal to satisfy some archaic transference wish. Maybe if that is fleshed out first and she feels understood, she will be more amenable to reality testing this wish.

Thanks as always for your astute comment. There's no doubt she's inducing feelings of worthlessness and helplessness, as well as anger, in just about anyone she meets. I have a feeling that the concept of omnipotence would go sailing over her head at the moment, although it is clearly apparent. I guess - as usual - it's one step at a time.

Just wanted to say I love reading your blog. as we provide trauma therapy Denver at affordable prices. for more info visit our website.