There’s Something Wrong With Me

Staring down, Cristina pulls at the fingers of her hands. She has been unable to say anything since entering my office.
As Cristina’s silence continues and her tears fall silently from her eyes, her pain becomes palpable. “I can see how much pain you’re in, Cristina. Can you tell me what’s wrong?”
She shakes me head. But then she practically whispers, “Me. I’m wrong. I’m all wrong.”
Although I have no idea what Cristina’s referring to, I feel the heaviness of her burden.
“I’m sorry you’re in so much pain, Cristina. Can you tell me what’s causing your pain?”
“There’s something wrong with me,” she replies, barely audible.
“Can you say what makes you feel there’s something wrong with you?”
Tears pour down her cheeks. She makes no attempt to wipe them away. 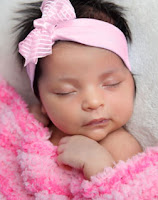 “I can’t love her,” she says looking up at me beseechingly. “What normal mother can’t love her child?” She pulls harder at her fingers. “They said it was post-partum depression. And maybe it was. But no one has post-partum depression for two years. And, besides, I didn’t feel that way with my son. Peter was my precious baby. I couldn’t stop holding him and cooing at him. I loved him instantly. And I still do. But with her, it’s different. It was different from the start. And it hasn’t gotten any better.”
“So your daughter is two and your son is …?”
“Five.”
“And her name is …?” I ask, aware that she spoke her son’s name, but not her daughter’s.
“Caroline. I want to love her. I do. But it’s not there.” Pause. “Can you help me? Can you cure me? Can you make me normal again?”
“I can certainly help, but it isn’t like you have a disease, Cristina. I understand that you want to love Caroline, but perhaps first we have to understand why your feelings about Caroline are different from your feelings about Peter. And if you could try to understand what you feel rather than beating yourself up for your feelings, that would be really helpful.”
Cristina shakes her head empathically. “It’s not normal. I’m not normal.”
“Is anyone telling you you’re not normal?”
“Oh, yeah. My mother. She’s told me I’m not normal my whole life.”
“Because?”
“Because I’m not like her. My mother is one of these brash, strong, outdoorsy types who won’t take anything from anybody. And me, well today’s not a great example of how I usually look, but I’m usually pretty well put together. People tell me I’m pretty. I care about clothes and my nails, kind of a girlie girl. My mother couldn’t stand that about me.” Pause. “The truth is she wanted another boy, boy number four, but she got me instead. Unfortunately for both of us.”
“Do you think there’s a connection between how your mother felt about you and you feel about Cristina?” I ask.
Cristina looks at me blankly. “In what way?”
“Well, your mother didn’t like you because you were a girl and it sounds like you’re saying it’s much easier for you to love Peter, your boy, than Caroline, your girl.”
“You’d think I’d love Caroline all the more because I know how awful it feels not to be loved.”

“Well, rationally that may be true, but we humans don’t always act on the basis of rationality. There’s our unconscious to consider. There’s, for example, identifying with the parent who hurt us and then despite our best intentions behaving like them. I’m not saying that’s what’s going on for you, but it does sound as though your feelings about your daughter are similar to your mother’s feelings about you.”
“But I don’t know if Caroline is going to turn out to be a girlie girl.” Pause. “But she is tiny. And she seems so vulnerable.” Crying, Cristina adds, “My mother hated vulnerable. I think that’s what she hated more than anything. She hated when I cried. She hated that I cried. Said I wasn’t normal to cry so much. I guess I’m proving her right.”
“No, you’re not proving her right. You’re proving that you’re human. There’s nothing wrong with crying. And there’s nothing wrong with feeling vulnerable. We all feel vulnerable. And children feel most vulnerable of all.”
“You know, that is one of the things that bothers me about Caroline. She seems so fragile. And for some reason rather than being drawn to that fragility and wanting to protect her, I want her to get it together and be strong.” Pause. “You’re right! I sound like my mother. That’s awful. I never wanted to be like my mother. Now I have something else to hate myself for.”


“You’ve brought in a lot of material today, Cristina, and we’ll have plenty of time to work on it, but the more you could wonder why you do or feel what you do, rather than judging yourself, the easier it would be.”
Posted by Linda Sherby PH.D., ABPP at 7:34 AM
Email ThisBlogThis!Share to TwitterShare to Facebook
Labels: childhood, guilt, identification, infancy, mental health, motherhood, normalcy, psychotherapy, repetition, sadness, vulnerability

This happens. So useful to show how becoming aware of it can create space for new feelings.


Thanks for your comment, Ellen. Yes, this most definitely happens. I even knew an instance where a mother preferred one of her identical twins from birth and, not surprisingly, that twin was more like her mother. Not the same circumstance, but certainly interesting.