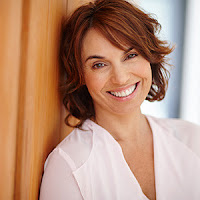 Judith is a tall, attractive 44 year old woman who carries herself as if she knows she will be noticed, clearly distinguished from those around her. Although she’s presently a stay at home Mom, today she is dressed as the lawyer she is, a perfectly fitting gray suit and black high heels.
“I’ve decided to have an affair,” she says matter-of-factly.
I’m startled. In the six or so months I’ve seen Judith, she talked about being dissatisfied in her marriage, but hadn’t mentioned the presence of another man.
“With whom?” I ask.
“I don’t know yet.”
Silence.
“I know,” she continues, “that’s a rather unusual way to go about it, but since my husband hardly gives me the time of day – I can’t even remember the last time we had sex or even had a real conversation  - I decided I might as well get my needs met elsewhere. I’m not going to leave him. The kids need their father and I need some male attention so, an affair’s the answer.”
During the course of my career I have seen many men and women who have been unfaithful to their partners with one or many other people.  I’ve always been comfortable talking with them about both their feelings and the meaning of these multiple relationships. But Judith’s cavalier manner, her impulsive decision, and her pronouncement to me without any apparent willingness to discuss her decision, is both off-putting and confusing.
“When did you make this decision? And how do you feel about it?”
“It feels like a good decision. Solves lots of problems. I guess I decided a couple of days ago. Hence my outfit today. I figure any time I’m out and about I need to be looking my best.” 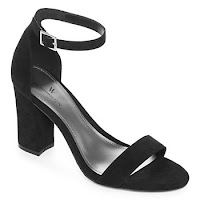 “Did anything happen in the last couple of days? Anything happen since we last met?”
“No,” she replies flatly. “Nothing happened. Same old, same old, I guess that’s what happened.”
“Do you plan to talk to your husband about your decision?”
“What!? Are you crazy? He’d divorce me in a minute.”
I knew she wouldn’t tell her husband. Why did I ask that question? Was I trying to make her feel guilty? Surprisingly, what Judith is contemplating does feel ‘wrong’ to me, it feels ‘wrong’ for a person in a committed relationship to decide in a calculated and apparently logical way to become involved with an unknown other person. I feel very differently if the person has an affair and wants to talk about it, understand it, and deal with the meaning it has for them. Hmm, I think. Her pronouncement felt as though she was throwing down a gauntlet. Perhaps that means her decision is about me, about our relationship. What was it we talked about in last week? Of course! She told me she read my book, the book in which I discuss both the intensely loving relationship I had with my late husband, as well as my strong emotional involvement with many of my patients.
“Judith, how did you feel about my book? I know we talked a little about it last week, but you seemed to skirt really looking at your feelings.”
“Now where are you going? I told you I thought you wrote very well and that the book was engaging.”
“But how did you feel about it? How did you feel about my relationship with my husband? About my relationship with my patients.”
She shrugs. “I guess I felt you were lucky. Here you had this shitty relationship with your father, but you found this adoring man to marry. I didn’t have that shitty a relationship with my father – not that he paid much attention to me, too focused on my mother – and I married a man who still doesn’t pay any attention to me.” 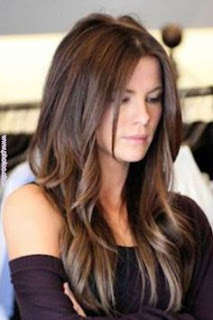 “So, perhaps you felt angry with me, that, in your words, I got lucky, while you got stuck.”
“Yeah, that’s about right.”
“So I came out ahead just as your mother came out ahead and that makes you doubly angry.”
“I hadn’t thought of that, but I guess that’s true.”
“So your ‘decision’ to have an affair is really based on your anger at both me and your mother for getting more than you, for leaving you feeling cheated.”
“You really don’t want me to have an affair, do you?”
“I think you’re saying I’m trying to keep you away from happiness, from your father.”
“That’s a bit too deep for me. I think you think having an affair is wrong.”
“I don’t necessarily think that having an affair is wrong. I think affairs have many meanings.  For you those meanings are clearly related to feelings about both your parents, that you bring into the present and into this room.”
“So you think I shouldn’t have an affair?”
“I think we should talk about it a lot more before you act.”
“I can’t promise that.”
“I understand. You don’t have to promise anything. You get to do what you do and we get to deal with it.”