“I couldn’t wait to get here today,” Carol says, practically breathless. “I had the most awful dream. It’s not as though anything so awful happened in the dream, but it felt awful.” 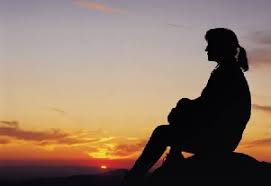 I have been seeing Carol in intensive treatment for many years. She entered therapy her mid-40s, terrified of being depressed and non-functional like her mother. She felt overly anxious and unsure of herself and although by all external appearances she had a successful life, inside she felt like a scared little girl.
“In the dream,” she says, “I was back in the apartment I grew up in as a child, which of course was awful in itself. I was sitting at the same shabby kitchen table I sat at as a child. We were having dinner. It was just me and my parents. I don’t know where my sister was. Maybe she had a fight with my father and stormed out. My mother was her usual depressed self, beaten down, defeated. My father was stuffing his mouth, but I had the feeling he was fuming. Of course he was always fuming, so that’s no surprise. I felt terrified. I don’t know if I was waiting for my father to explode. I don’t know, but I hated it! I hated that I was dreaming of that place again.”
“What comes to mind about the dream?” I ask.
“I don’t know. It seemed to come out of nowhere. You know I’ve been feeling really sad since Thanksgiving. I would have thought I’d be dreaming about that, all the losses. You remember, sitting around my daughter’s table and thinking of all the people who weren’t there.” 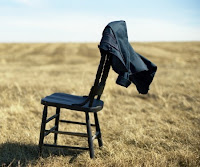 I did indeed remember. Thanksgiving brought up similar feelings for me, an awareness of all the absences, all the people who had died.
She continues. “My husband dead of pancreatic cancer, my son killed in Iraq, so many of my friends. I’m only 50, how can there be so many people in my life already dead. I mean I love my daughter and she made a beautiful Thanksgiving, but the losses, the losses overwhelm everything.”
She pauses, dabbing tears from her eyes. “So what am I doing dreaming about my childhood apartment? That’s one thing I don’t mind having lost. I guess I felt sad when my mother died, but in many ways I thought she welcomed death. Now at least she could be at peace. And my father, I know it’s terrible, but truthfully his death was a relief.”
“So why do you think you’re dreaming of your childhood apartment at this time?” I ask, a thought forming in my mind. I also used to dream of having to leave my idyllic home and adult life and return to the apartment of my childhood. For me those dreams were about my fear of loss, of losing what I so cherished in my present, adult life. For Carol many of the losses have already happened.
“I wish I knew.”
“Is there a connection between the losses you felt so acutely at Thanksgiving and the dream of returning to your parent’s apartment?”

“What I just thought is, maybe there’ll be no one left, maybe everyone will die, maybe there’ll be no place to go. If there’s no one left, maybe the only place I can go is to go back to them! I mean I know that doesn’t make logical sense because they’re dead too, but maybe that’s how it feels. If everyone leaves me, I’m back to being an abandoned child, a helpless, dependent child who has to go back to my parents.” She starts sobbing. “No,” she whispers. “No, that won’t happen. I have you. And as long as I have you, I don’t ever have to worry about going back there. You’ll remind me I’m not that helpless, dependent child. And if I do slip into that helpless place, you’ll be here to help me back up.” 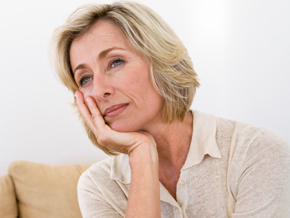 I hesitate. We’re near the end of the hour. This has been a difficult session for Carol. But… “Carol, I wonder if you realize how much you’ve been your own therapist this hour, how much of me you’ve taken in over the years…”
“You’re not leaving are you?” she interrupts, panicked. “You’re not retiring? You’re not dying?” Her fear is palpable.
“I have no plans to go anywhere. But as you well know, we never know what life has in store for us. I do know I won’t live forever. And I also know that you’ve taken in so much of me. Did you recognize, even just in this session, how much you were able to do your own therapeutic work?”
“But…” she begins.


“We’re not ending, Carol. I’m not going anywhere. And it is also important that you recognize your own strengths. They don’t reside in me. They live in you.”