Loss: Past, Present or Future?

Chelsea, a relatively new social worker, is talking about her work at the local hospital. “It’s scary being there right now, even though there isn’t all that much to do since our census is so low. Still, having to deal with families who are deciding where to place their elderly relatives is hard, even harder than usual. Who would want to put someone in a nursing home right now? But some families just can’t take them home – small kids, home schooling. It’s a challenge. And it’s worse since I have to do it all by phone or video conferencing.”
“Interesting, Chelsea, since that’s how we have to work too.” I have been seeing Chelsea for several years now, beginning when she was in college, through her Master’s program in Social Work and now as a beginning professional. We have a strong, caring bond. But switching to teletherapy has been difficult for us. Something is definitely missing. I even suggested we switch to FaceBook, hoping that might recapture our connection. But it’s still not the same.

She sighs. “Yeah. But the problem I have with the families isn’t the same as the one I’m having with you. I don’t know the families, so not seeing them in person makes it harder for me to have a sense of who they are as people. I mean if someone is sobbing about the thought of putting their mother in a nursing home, I certainly get how they feel. But if they’re more neutral, is it because they don’t care or because they’re just trying to hold it together. I can’t tell.”
“But that’s not true for us?”
“Not at all. I most definitely know who you are.” She smiles. “You’re my savior. I don’t know where I’d
be if it wasn’t for you. I mean I know I have a mother transference to you. How could I not, with my mother dead by the time I was nine and no one else really caring about me? But this not in person stuff just isn’t working for me. I even considered asking you if we could take a break from our sessions until we could meet in person again.”
“Really? I’m surprised.”
“Yeah, I know. But I chickened out. It would feel like too much of a loss.”
It would feel like a loss to me too, but I keep that feeling to myself.
“Maybe it would be helpful, Chelsea, if we really tried to figure out what the difference is for us, because I agree with you, something is different, something is missing.”
“I just don’t know,” she says shrugging. “I have wondered whether it’s somehow related to my mother’s death, but I’m not sure exactly how. Sort of like how she faded away from cancer and whether us not being in person makes me feel as though you’re fading away too.”
“That’s a really good thought.”
“But you know, just saying that made me really anxious. Like, my God, are you fading away? Are you leaving me? Are you dying? That’s so terrifying to me I can hardly stand to think of it. I mean, here we are in the middle of a pandemic and you have to be in the age group that’s most at risk. But I never thought of that. I never thought I might actually lose you!” Chelsea says bursting into tears.
“I understand that would be really scary. And sad. And of course I can’t tell you I won’t get Covid, although I’m trying my best not to.”
Still crying, Chelsea looks up at me, stricken, shaking her head. “So many thoughts just went through my head. I think I’ve been mad at you. I think I’ve been mad that you weren’t seeing me in person, like you were rejecting me. But that’s not true at all. You weren’t rejecting me, you were taking care of me, trying to stay here for me. I mean not just me, for yourself and for your other patients too. But I think I’ve been mad and scared and sad and I didn’t know about any of it! What’s wrong with me!?” 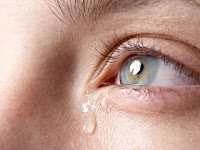 “Nothing’s wrong with you, Chelsea,” I say smiling. “This is a scary, unknowing time for us all, including not always knowing what’s going on inside of us. And death is all around us. It’s hard not to worry about loss, or to defend against acknowledging it.”
“I feel so incredibly sad. I truly don’t know how I’d deal with losing you.”
“I understand. And I hope you won’t have to deal with it for a very long time.”
“You know what, though? I feel closer to you right now.”


“I agree. Defending against fears of loss meant we lost each other in the present. And that’s even worse than losing each other in the future.”
Posted by Linda Sherby PH.D., ABPP at 9:32 AM
Email ThisBlogThis!Share to TwitterShare to Facebook
Labels: Covid-19, death, defense., loss, mental health, patient-therapist relationship, psychotherapy, teletherapy, transference