“I realized the oddest thing this week,” Anne begins, her voice fairly upbeat as she speaks into the telephone. “I’ve been feeling okay.”

“Yeah, I’ve been talking to you for how many years? And this is probably the first time I’ve ever said I feel okay. I can’t figure out why. Nothing has changed. I’m stuck indoors like everyone else. Our Covid numbers are spiking, I’m as terrified as ever of getting the virus and yet I’m okay.”

Anne is correct. I have been speaking with her for a number of years and this is probably the first time she has not described herself as depressed, anxious and isolated. We began working in person when she relocated to Florida to take care of her aging and always demanding mother, a long and arduous process that called upon all the strength Anne could muster and all the support I could give. After her mother died, Anne returned to New York, saying it felt like home, although she had neither friends nor career to return to. She did, however, now have sufficient money to live comfortably whether or not she could find a career path commensurate with her intelligence and education, leaving behind her unsuccessful attempts in retail or restaurants. 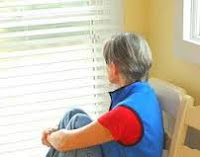 “What are your thoughts?” I ask.

“I don’t know. I’ve done the same thing these past several weeks as I’ve done for months, or even years, and I feel strangely content. No despair, no pressure. Of course I haven’t had any pressure for a while, not since my Mom died.”

“Except for the pressure you put on yourself.”

“That’s true.” Pause. “I still feel I should figure out what to do with the rest of my life. I should be looking at various career possibilities, seeing what piques my interest. But I guess I know what the reality is with Covid. New York is decimated. There are thousands and thousands of people unemployed, stores are boarded up. No one is going to hire a 52 year old woman who has probably never held a job for more than a year. I also feel I should go back to my painting. I was pretty good at it. Why don’t I spend my very excessive amount of free time painting again? I should. But I don’t.”

“So you’re still putting pressure on yourself.”

“You still feel pressure from both yourself and me, but you feel different, calmer, less despairing.”

“And you don’t feel isolated?”

“That everyone feels isolated.” 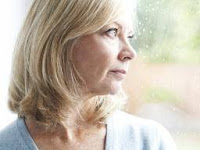 “That’s a good point. I don’t have to feel like such a freak.” Pause. “Yeah, that’s right. Usually this time of year would be the worst. Thanksgiving in November, Christmas and New Year’s in December. Everyone running around buying food and presents and looking forward to seeing family and friends. And then there’s me. Sitting at home stuffing myself with junk food and wondering if I should kill myself. But not this year, this year everyone’s in the same boat as me. I know they still have these ridiculous TV commercials with people sitting around a big table together or drinking themselves sick at parties, but now they look exactly like that – ridiculous. No one should be doing that this year. Everyone should be doing exactly what I’m doing, sitting home alone, no one else there. Yes, it’s a tremendous relief. That’s exactly why I feel okay.”

“You’re my one exception. You’re here. But of course you’re not here. You’re thousands of miles away.”

“And that means what for you?”

“Actually makes me feel a little sad. But not too much, because I know even if you were next door we’d be meeting just as we are now, on the telephone. Yes, that makes me feel better immediately. So I guess that’s another thing Covid has done for me – made me feel less like a freak and made our distance feel less significance. No wonder I feel better.”

Anne may feel better, but I’m left feeling sad, both for the sadness she likely feels underneath her “better,” as well as for the isolation she wears as a protective shield, unable to breach the chasm between herself and others. Covid will eventually end and unless we are able to breach that chasm she will return to feeling like a freak, the forever outsider longing to be part of the lives she only imagines.