“It’s not good,” Stan says, shaking his head from side to side. “You have to tell me what to do! I can’t stand it! All I do is think about this day in and day out. Should I stay with Paulette and my family or should I throw it all up in the air and be with Frank?”

“You know I can’t tell you Stan. No one can make that decision but you.”

He drops his head into his hands. “I can’t. I can’t make the decision.”

“That I should follow my heart and be with Frank.”

“So is that what you want?”

“That’s a very good point. Let me ask you something, why would my telling you to follow your heart and be with Frank, change what you just said about not hurting Paulette and your children?”

“And my parents. And the rest of my family”

“And why would my telling you to be with Frank change how you felt about hurting those people?”

“So now you’ve introduced something else. It’s not only about hurting people, it’s about whether you think being gay is bad.”

“No. But it’s not about what I believe, it’s about what you feel. If you tell me you want to work on the negative feelings you have about homosexuality, I’m happy to do that, but you’ll still have to decide whether or not you want to leave your marriage. And I suppose there’s also the question of whether if you stay in your marriage and feel as though you’re accepting second best, are you making Paulette accept second best as well? Are you depriving her of feeling with someone else the same way you feel with Frank?”

“Oh no! You’ve just made this even more complicated!”  Stan stares at me intently. “Wait a minute, are you a lesbian? Do you feel I should be with Frank? That’s it’s better to be homosexual than heterosexual?”

I’m startled. “Now I’m confused,” I say. “I thought you wanted me to tell you to be with Frank which I certainly haven’t done, but now you wonder if I’m a lesbian because I raise the question of whether staying with Paulette is the only way to not hurt her?

“And is that possible, Stan?”

“That scared me again. And again made me wonder if you really are gay.”

“I think you are very frightened. And when you feel as scared as you feel right now, it’s easy to think that there’s someone outside of you who’s frightening you, and right now that someone is me.”

“So you’re saying I’m being paranoid?”

“I’m saying right now you feel me as dangerous. And that’s okay. We can deal with that. We can explore what makes you so frightened both inside your head and outside in the world.”

“So you could think that homosexuality was okay and not be homosexual yourself?”

“Yes,” I say, concerned about how much less adult Stan feels to me right now. “Stan, you told me that you came from a Christian, conservative background. I assume the message was that homosexuality was bad, a sin?”

“And do you think that’s what’s scaring you now, that you’re afraid if you’re gay you’ll go to hell?”

“But maybe if I give up Frank and stay with Paulette I could go back to having a normal life and be redeemed.”

“I guess you’ve added a whole new dimension to your conflict. It’s not only figuring out what you want and not only trying not to hurt anyone, it’s also wrestling with a difficult religious question.”

“And can you help me with that?” 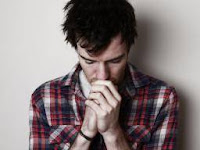 “Well, I can help you explore your thoughts and feelings, but I can’t answer the religious question for you any more than I could answer whether or not to be with Frank.”

“Thanks. I don’t know why, or how, but somehow I think this helped.”

“I’m not sure why either, but perhaps it was parsing out the different pieces of your conflict so that your feelings don’t seem so overwhelming.”