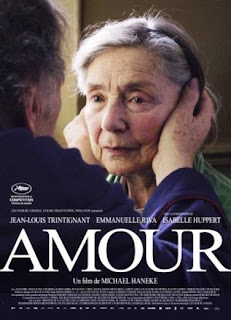 I’m talking a lot about “Amour” in my office these days. I don’t mean love, per se, which is also a frequently discussed topic, but the French movie that has been so highly acclaimed.

It is an excellent movie. And a depressing one. A colleague of mine said that one of his patients suggested that the movie come with a warning, “See at your own risk.”

She was right. “Amour” is indeed a movie that leaves the viewer feeling weighted down by the grimness of aging and life’s unexpected misfortunes. But the movie, as its title implies, is also a love story, the story about an aging couple and the man’s determination to care for his increasingly incapacitated wife.

For me, the movie brought up many personal reflections and memories. The love story reminded me of my relationship with my late husband, the intensity of the love we shared, and the incredible bond between us. As the wife begins her downward descent and has increasing difficulty walking, I was thrown back into my husband’s struggles, how he had gone from a strong, vibrant man who could walk on roofs to someone whose exercise involved walking twice around our living room with a walker. 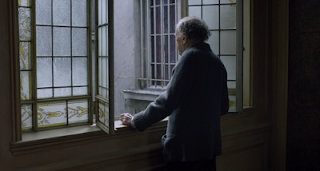 And then, as if all these memories weren’t weighty enough, I found that as the woman’s deterioration continued, I was struck by how much she reminded me of my mother, who died just one month shy of her 99th birthday. Extraordinarily vibrant and healthy for most of her life, my mother’s last year had been a painful one to watch. And here I was, watching it unfold again on the screen.

When I saw the patient who had originally asked me to see the movie, I agreed with her. It was a difficult movie to watch, but a very beautiful one. I knew she had also cared for her husband during his illness and asked if the movie brought back his illness and death.

“No. It wasn’t like that,” she said. “He didn’t suffer in that way. It was just at the end after they started the chemotherapy that he deteriorated. And his mind remained sharp ‘til the end. No, it was just so hard to watch her suffering. I couldn’t get it out of my mind.”

“Not the mortality part. I’m not afraid of dying. But I’d hate to linger. I wouldn’t want to suffer like that.”

Other patients have said there was no way they were seeing “Amour.”

“Life is difficult enough. Why would I subject myself to added suffering,” said one patient. Others echoed similar sentiments.

For me, I’m glad I saw the movie. Despite the pain, I like to remember. I feel closer, more connected to those I now hold close only in my memories.

What about you? Have you seen the movie? Do you plan to see it? Do you want to avoid it? I’m interested in hearing your responses.