An old patient wrote to me and said that she pre-ordered my book and couldn’t wait to read it. I assumed - actually incorrectly in this case - that she had found out about the book by googling me. It started me thinking again about the whole question of googling.

There was a time before Google existed – yes, there actually was such a time – that therapists assumed patients came in knowing nothing about them and vice versa. Then came Google. Initially, therapists felt violated and intruded upon if their patients looked them up. Now they’re more resigned. Information is available to everyone and anyone in a matter of seconds. There’s no escaping it.

So what does all this ready-made information mean for me and for patients? Should I assume that every patient googles me? Should I ask? I certainly can’t assume that a patient would necessarily tell me if he or she had looked me up or what questions the Google search might have raised.

I have a patient I’ve seen for quite some time who is always online. I’ve wanted to ask him if he’s googled me. But I’ve hesitated. If he hasn’t, would it put the thought in his head? For this particular patient I think googling me could be problematic. Although the truth is if he has googled me and hasn’t told me, that’s even more problematic. 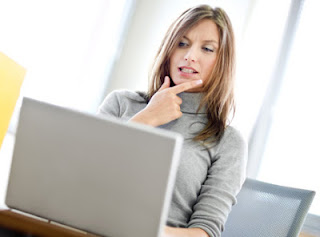 And then there’s the opposite question, should a therapist google her patients? Should she google every new patient before she sees them? Should she google her existing patients? I’m actually quite clear about this side of the equation. For me, the answer is a resounding “no.” I believe that it is important for me to see the world through my patients’ eyes. I don’t want information that they haven’t yet told me. I don’t want to have a secret about their secret. I don’t want to wait breathlessly every session hoping they’ll tell me they’ve been married six times or that they were in a porn movie when they were sixteen. I want to discover my patients’ histories through their own words.

That’s not to say, however, that I’ve never had to fight against the temptation. In the early years of one patient’s analysis, I found myself thinking frequently about googling her. But I resisted, thinking instead about why this was a problem for me with this particular patient. Yes, she was particularly interesting, maybe even somewhat famous, but that didn’t seem a sufficient explanation. I’d had many interesting and sort of famous patients before. Then I realized it was because I felt that there was so much this patient wasn’t telling me. As time progressed, as she became more able to reveal herself in her sessions, my desire to google her completely vanished.

And maybe that’s why patients can be so invested in googling therapists. There is so much they don’t know, so much they want to know. All they have to do is log onto Google and type in their therapist’s name and their curiosity is satisfied.

What are your thoughts? Do you want to know more about your therapist? Do you Google your patients? I’d be interested in hearing your responses.

Once a new patient made a one-time appointment as he stated that he flew in from California to visit with his mother in S. Florida for the weekend and that he just needed to talk to someone to get some things off of his chest. He claimed to be a movie producer who had made some movies that I was familiar with, but since I was not someone to keep up with the names of producers or their likenesses, I had no idea if he was who he claimed to be or whether he was experiencing a delusion of grandeur. I spent the session listening to him with an ear toward either stance and decided that I would believe him and assist him in the same way that I would any truthful patient. At the end of the session, he told me that he felt better, validated and it appeared so. As soon as he left, I Googled his name and there discovered his picture and name indicating that he was indeed whom he claimed to be. I was glad that I had not been privy to his fame prior to the session, as I believe that it may have changed the outcome --perhaps been less productive for both of us. But I was also glad that I was able to confirm my suspicion that he was who he actually claimed to be. Since I had spent a number of years working with the severely mentally ill (to include those experiencing grandiose delusions), it was good to know that my clinical hunch was accurate. Thus, we were both validated by that session.

Sorry it's taken me so long to respond to your post.
Good point that you were both validated by the session.
My question is, would you have googled the patient if you were going to continue seeing him?

Finally got here after reading your other posts! Yes it is tricky. The internet creates all sorts of fantasy worlds and all your past, present and sometimes future selves all come up at once. Looking at peoples past achievements puts some context into the way they are in the present moment, but does not tell you everything about that person. They could be a minor celebrity, but they are still human and vulnerable. And a lot of it is second hand, received information, or fluffed up publicity.

Thanks for reading all my blogs. If you want you can sign up and receive weekly updates but, regardless, I appreciate your interest.

I think the reason that a patient Googles her therapist, is that she knows little or nothing about him. The problem is that what she wants to know is significant to both the patient and the treatment and is best be discussed with the therapist, rather than simply acting on the wanting to know by Googling.

But if you give into the urge, both the Googling and the information you discover should be brought into the sessions.

Again, thanks for your interest.

There is a lot of impulsivity in Googling. The internet appears to offer instant, easy answers. And then of course fantasy kicks in. All trying to fill the holes that in real life are left uncomfortable empty. Its very tempting to gorge on the internet to satisfy these cravings. Its there 24/7 and with smartphones you dont even have to wait for a computer to boot up - you can just reach out and its there. Recently before I type anything I ask myself why I am doing it. Can it wait? What do I really want to know?

I wholeheartedly agree with you. And I applaud your decision to refrain from Googling until you have a better understanding of what you want to know and why.