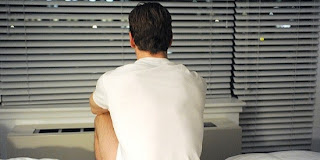 “I feel as though I’m getting worse!” Jason says desperately. “It’s getting so that I can barely get myself to class. All I want to do is stay in my room and play computer games.”

“I think that’s because we’ve just started talking about the abuse.”

“I hate that word. If I told my friends they’d say I was one lucky guy, that they only wish they could have been in my place.”

“But you haven’t told your friends, Jason,” I say gently. “You’ve never told anyone but me. Why is that?”

Jason drops his head. He’s a tall, gangly 20-year old. With his red hair, freckles, and dimples, he’s cute rather than handsome.

“You know why,” he mumbles. 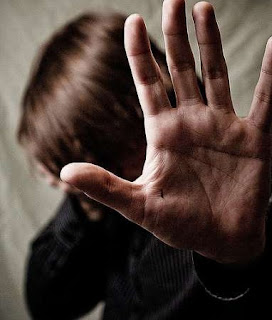 feeling ashamed. You think you should be happy, thrilled even, that your high school algebra teacher picked you to initiate into sex. But that’s not what you feel. You feel ashamed. And it’s important that we understand why that feeling haunts you. Can you tell me what did happen, Jason? How it started? Where it took place? What it felt like for you?”

“You’re joking, right? You want me to tell you all the details!!”

I have to be careful. I don’t want Jason to experience me as yet another abuser. “I understand this is difficult for you. I think you’ll eventually feel less shame if you can speak about your experience, but you can do it in your own time, however feels least uncomfortable.”

“I’ll try,” Jason says, turning red. “It started as kind of a dare. Miss Johnson was young, for a teacher I mean. And she wasn’t bad looking either. My friends and I joked around, talking about who could get in her pants. It was just joking. But then we started to create scenarios about how we could actually do it. I don’t think any of us had been with a girl. Well, maybe one or two, but certainly not me. So I started to think up a plan. I actually was good in algebra, but I started to get not so good. I’d make mistakes on tests, ask simple questions in class. Eventually, I asked Miss Johnson if I could come after school one day, if she could tutor me, that maybe she could help me out. Oh God! I can’t stand hearing myself say this out loud! I planned the whole thing. It’s my fault!”

“You feel guilty, Jason, because what you supposedly wanted to happen, happened. Except that Miss Johnson was the adult and you were the child and it was her responsibility to maintain the limit.” I think of all the patients I have said this to over the years – patients abused by one or both parents, by various relatives, neighbors, clergy, teachers. The list goes on, but the child always ends up blaming him or herself. As painful as guilt may be, it is preferable to feeling powerless in the hands of demanding, capricious, insatiable adults who are supposed to be your caretakers.

I continue, “And it’s still a long way from a deceptive prank to a sexual encounter.”

“I went back a few times. And of course I improved since I knew all the stuff to begin with. Miss Johnson was so pleased that one day she asked if I’d like a soda as a reward. I told her I didn’t know how I’d get home ‘cause I had to catch the last bus. She said she’d drive me.”

Jason speech quickens, “So we had our soda and then she drove me, except she drove me to her house, and I couldn’t do anything and I felt horrible and she took me home and told me it would be all right. Then we did it again and I was hardly any better. And then she never asked me again and that was the end of it.”

“So not only did you feel it was your fault for wanting Miss Johnson, you felt inadequate because you weren’t a good enough lover.”

Again, memories of previous patients of sexual abuse flood me. Just as guilt is invariably a part of the aftermath, so are feelings of inadequacy. I look surreptitiously at the clock. Only a few minutes left. I need to close this in a way that doesn’t leave Jason feeling intolerably raw.

“Jason, you’ve talked about a lot of hard stuff today and it’s almost time for us to end. What you’re feeling - the shame of not being good enough, of not being adequate. You have to remember that you were a child. Children aren’t supposed to be sexual. They’re supposed to be children. I know my saying this doesn’t automatically make you feel better but we’ll work on it. I promise.”