Who Loves Whom and Why? 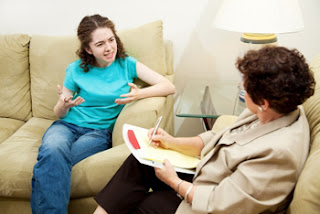 Many similar questions can be asked. Perhaps instead of asking whether a therapist should work with a patient she loves, the question becomes whether that love can itself create blind spots or other difficulties? Is the love immediate or does it grow over time? Or does it lessen as the person reveals himself to be less loveable than initially thought? Is the love about the patient? The therapist? Both?

Why we love someone – in or out of the treatment room – is multi-determined by our unconscious, our early caretakers, our past relationships, our present life circumstances and by the other person’s response to us. When two people meet, whether it be in a therapist’s office or at a party, each person brings this complexity of history, needs and wants to the interaction that invariably affects both parties. 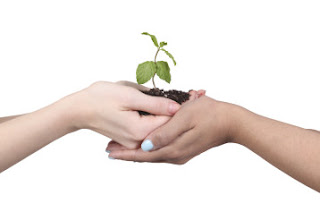 For me, patients with whom I form an immediate connection that grows into love, are young women who present with a tough front but are vulnerable, fragile, and often quite disturbed underneath. They also form strong, immediate attachments to me and, during the course of the treatment make huge strides. The best example is Alyce, the woman I present in the first two chapters of my book, Love and Loss in Life and in Treatment. From the first she was determined that I be her therapist, formed an immediate attachment to me and, despite her excessive, angry demands, blossomed into an incredibly bright, talented, accomplished woman.

I was hooked by Alyce’s vulnerability covered by a fierce determination. Although I do not believe I was ever as disturbed as Alyce, I think that dynamic - vulnerability covered by determination - is also who I am. I fought my father although I was terrified of him. I became a psychologist and psychoanalyst over his strenuous and critical objections. I admire grit and I understand the terror that lurks underneath. So in giving to and loving patients like Alyce, I am also giving and loving that child within me.

Although I didn’t know at the time, there was a period in the treatment when my love became too frightening for Alyce, perhaps threatening her sense of self. Unbeknownst to me, she began seeing another therapist. When she finally told me, I was hurt and shocked. I had been trying so hard, and all my efforts were deemed insufficient. Actually, I had been trying too hard. I had to be willing to let Alyce go. She had to choose. She couldn’t see two therapists. Once I was willing to let her go, she could choose to stay. Our work could then continue.

I don’t remember ever moving from love to dislike of a patient, but there have been treatments where I believed an intense connection would develop, only to find my expectations dashed. Vanessa is such a patient – warm, caring, sensitive, introspective. I thought our relationship would become closer over time. But that was not the case. When I asked myself what was missing, I concluded that Vanessa could not allow herself to feel vulnerable. She had experienced too much trauma and loss in her early life to risk opening up that pain or to risk another relationship in which loss was inevitable. She made progress in treatment, but never allowed herself to fully love. And loving a patient who does not love back is difficult, at least for me.

In contrast, there is Caroline, another patient presented in my book. I did not feel an immediate connection to her, but over the course of her analysis we definitely grew to love each other. She became far more open, vulnerable, and aware of the needy, despairing child within her. She could speak her feelings in beautiful metaphoric language, almost poetry, touching an unconscious core in both of us. Additionally, there were major changes in my life as I dealt with my husband’s illness and eventual death. Those changes brought our present day lives ever closer together, as well as increasing my own vulnerability and desire for connection.
So I will end this blog as I did the last one. Who loves whom and why? The answer, as always, is complex, determined by both people in the consulting room, by their experiences of each other, by their past histories and by their present life circumstances.

Love is really complicated. But it can be really simple. It depends whether its infatuation, nurturing, or just basic human kindness.

Love is always complicated, because the reason we love someone is always multi-determined.

In this blog I was addressing the love between patient and therapist which, of course, is no less complicated.

Indeed. Its a powerful and sometimes turbulent relationship.

You are absolutely correct!