Mrs. Cortez settles herself uncomfortably in the chair across from me, fidgeting nervously with her fingers. “I never expected to be in a therapist’s office,” she says. “Especially not for this.”

I smile at her. “Take your time. I can see you’re anxious,” I say reassuringly. 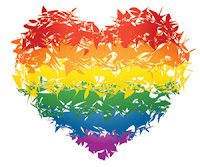 She sighs deeply. “My husband and I came from Mexico a long time ago. We wanted to have children in a place where they’d have more opportunity. We’ve done well. I’m the office manager of a large cardiologists’ office, my husband drives for FedEx. My daughter graduated from college. My son’s in college now.” She looks down at her hands. “It’s about my son,” she says, barely audible. “He…he told me he was gay.”

She glances up at me.

“It was after the Orlando killings, in the… the nightclub. He said he couldn’t stay silent. He couldn’t keep hiding who he was. He cried like a baby. I was shocked. I held him, told him I loved him, that I loved him whoever he was. But it’s so confusing to me. It’s against my religion. It’s against my culture. I know Pope Francis said who are we to judge and I’m trying not to, but it feels so unnatural to me. And he’s afraid to tell my husband, which I understand. But now I have this secret from my husband and I don’t like that either.”

“Please call me Daniella. I just told you the biggest secret of my life, Mrs. Cortez is much too formal.”

“Of course, Daniella,” I respond. I like this woman. Although we come from vastly different backgrounds with vastly different values, I appreciate both her pain and her conflict. From a place of love, she’s struggling to take in a new reality, to expand her view of what’s acceptable, to integrate her new information about her son – her gay son – with who she always understood him to be.

“I know it’s hard,” I say, “But your son isn’t a different person from who he was before he told you he was gay.”

“It feels like he is. I look at him and I wonder…” Pause. “I imagine… I wonder who he’s been with and how. It kind of makes me sick. My son? How could my son kiss another man? Could he put another man’s… No, I can’t say it. I can’t even think it.” Pause. “I haven’t been to church since he told me.”

“I have all these impure thoughts, all these images. If I go to confession, what will I say? I don’t want to tell the priest.”

“I thought you said Pope Francis said who are we to judge.”

“That’s Pope Francis. Not all priests are like that.”

“Yes. If I’m having all these problems, my husband is so much more traditional. And he’s a man. I know what men say about gays. All those jokes. And that’s something else. I worry about my son. He’ll have such a harder life. And Mexicans aren’t having such an easy time in this country right now. Then you add being gay. I’m scared for him.”

“Daniella, this may seem like an odd question, but can you say what you are hoping to get from therapy?

“I needed to tell somebody. It’s been such a burden.” Pause. “And I guess I want you to help me accept my son.” She cries silently. “He’s a good boy. I love him. I keep wishing this was a dream. That it will go away. But I know it won’t. I know I won’t change him. I want to accept him. And I want to figure out how to tell my husband.”

“Do you feel ashamed that your son is gay, Daniella?” I ask.

She nods. “I know you’re supposed to be born that way. But I keep wondering if it was something I did, something my husband did. Did I keep him too close, was my husband too strict?”

“There are no answers to those questions. But I wonder if we can understand how shame came to play such an important role in your life.”

She looks down. “I’ve always felt ashamed. Ashamed of my background, my poverty, my alcoholic father. Ashamed of being different, of not being born in this country. I always wanted to fit in. And now there’s my son. Another difference – for him and for me.”


“So hopefully as we talk about these issues and you find more peace, you’ll also be able to be more accepting of your son.”