“I have a confession,” Randy says. “I’ve been sleeping around.”

A snide, why am I not surprised, goes through my head. I say nothing.

“I know,” he continues, “I was supposed to try not to, to think about my feelings before doing anything. But all I can think about is that there’s this gorgeous woman over there who I’ve never seen before and will probably never see again and why the hell not.” 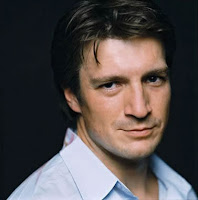 I have been seeing 36 year old Randy in therapy for about six months. His wife got tired of his constant affairs and gave him an ultimatum – therapy or divorce. Whether she would have gone through with her threat I have no idea, but he chose therapy. Randy is neither the easiest patient for me to work with nor the easiest patient to like. His narcissism and his presentation of himself as God’s gift to women are very off-putting to me, as is his difficulty in self-reflection and his impulsivity.

“Randy, when you say ‘why the hell not’ do you think you’re feeling angry, like perhaps I or your wife shouldn’t be telling you what to do?”

He laughs. “Never thought of it.”

“Well, can you think about it now?”

He rolls his eyes.

“What were you feeling right then when you rolled your eyes?”
“Geesh! You don’t cut a man any slack, do you?”

“Okay. Okay. I’ll think about it. What was the question again?”

I feel my anger rising and wonder if I am feeling my anger, his, or both of ours.

“I think you are angry, Randy. Can you perhaps tell me what you’re feeling angry at?”

“I think this is a waste of time. I’m clearly not getting better. I’m still messing around. You haven’t fixed me.”

“Wait a second. ‘I haven’t fixed you’ meaning what?” I ask, thinking about neutering a dog and wondering if that’s what he’s symbolically hoping and/or fearing I might do.

“Getting me to stop wanting to mess around.”

“But that’s not what I asked. What do you want?”

“I have to do something if I want to stay married to her.”

“And do you want to stay married to her?”

“What about her do you love?”

“Can you be more specific? What makes her a good wife?”

“I don’t know. She takes care of the kids, the house, she likes entertaining, she always makes a good impression.” 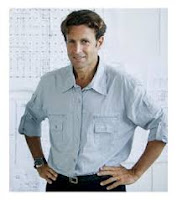 I’m ready to scream. He’s giving me one inane answer after another and telling me absolutely nothing. Is he doing it deliberately? Is he trying to thwart me? Frustrate me? A thought goes through my head. “Randy, do you like frustrating women?”

“Do you like frustrating women? Perhaps tantalizing them? Perhaps never quite giving them what they want?”

Randy straightens himself in the chair. He stares at me. “What made you ask that?”

“That’s what therapy does, Randy, it gets personal. If you really want to change – which I don’t know if you do – we have to first understand why you do what you do, really understand it, not just play at understanding.”

“You’re saying you want into my world, my mind.”

“Well, at least you’re being honest right now. I appreciate that. I feel like at least I’m getting a glimpse into who you are.”

“I was my mother’s doll. She played with me. Not sexually as far as I know, but she might as well as have. She owned me.” Pause. “I hate her. You ready to deal with all that, doc?”

“I’m definitely ready, Randy. The question is are you?”

Definitely need to know more about this man's process!

If you have not read Scott Wetzel's LIVING WITH THE PASSIVE AGGRESSIVE MAN (early 90s), do it ASAP.

I've treated and known men like this one. Frustrating for sure!
But you can "hook" them on addressing the self defeating behaviors when you get them to look at how they are passive AND aggressive all at once.

This is about anger and dependency, and fear of both. And using sexuality to avoid and express them!
At least that is my experience.


I definitely agree that this man is expressing both a fear of dependency and anger at women, which is getting played out with both his wife and with me.

I'll have to give some thought as to whether I could also understand his behavior as passive aggressive. It doesn't feel that way to me, but that doesn't mean it's not so.

Linda, thank you for a very interesting window onto this client. My thoughts don't head towards passive aggression but definitely narcissism and your client as a narcissistic extension of his mother. My attention was also grabbed by Randy's closing challenge, "I hate her. Are you ready to deal with that Doc?" What's being acted out here in the therapeutic relationship?


Thanks for your comment, Richard. I certainly agree with your assessment of him as both narcissistic and a narcissistic extension of his mother.

As for the comment, "I hate her. Are you ready to deal with that," I think it can be understand in several ways. First, it's still his attempt to be provocative with me, to question my competence, perhaps even to suggest he's too much of a man for me to deal with. On another level, I think he's afraid of his hate and does want to be assured that I can contain him, that he won't me too much for me. And on still another level, I think he's suggesting that he might be too much for me, just as his mother was too much for him.

I wonder how your defining his narcissism. Is this a diagnosis or about his behavior in this part of his life?

Yes. Resistance, rage, fear, they're all in there. Thank you again for sharing an interesting case. Holding is key isnt it!

Dr. Sherby, would it help if he processes and works upon his feelings behind the phrase...She owned me....I hate her....as in his mother was over protective out of love or controlling to instill fear? I would surely like to learn more from you on this ..


Although I'm not all that concerned with diagnosing patients, John, I would say that Randy is narcissistic. That means, for me, that he needs to see himself and to present himself in a grandiose manner, to defend against the vulnerable, powerless child he feels like underneath.


Although I agree that the holding environment is extremely critical, Richard, I don't think holding alone would be sufficient in treating Randy. At some point, when he doesn't feel so fragile, I believe it would be important to be able to confront his anger at women as well as his fear and longing for his mother.


The session I present, is the first session of a treatment. At that point, it would be impossible for me to know what was the origin of Randy's hatred for his mother. Perhaps it was being both overprotected and controlled. They are, after all, very closely related. And just because he says he hates his mother, doesn't mean that he doesn't also loves her or that he's angry because he can't get what he wants from her. The therapist has to be patient and see where the treatment goes and also know that motivations are very complex and multidimensional.

Great discussion. Thankyou everyone for sharing