“I feel like such an idiot being here,” Harvey says. “Elise, my wife, has been in therapy forever and I’ve always made fun of her, never believed in it, thought you should be able to solve your own problems. But I throw in the towel. I can’t handle it. My wife is pregnant or, as she insists, we’re pregnant. That weirds me out in itself. I’m not pregnant. I get what she means, but it’s bad enough watching her body change. I sure wouldn’t want those kinds of changes happening to my body.” 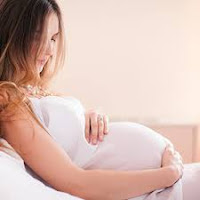 Well, I think to myself, that’s an interesting beginning. Body issues for sure, but sounds like there’s a lot more going on.
“Elise’s therapist recommended you. Said you were the best. So I guess you know each other. Does that mean you’d talk to each other about us?”
“No, Harvey, what you say here is confidential. I wouldn’t share it with Elise’s therapist or anyone else.” With some paranoia thrown in, I suspect this man has pretty deep seeded problems.
“We wanted to get pregnant. We’ve been trying for a while. But now that it’s here, I have lots of second thoughts. But it’s not something you can change your mind about.”
“What’s freaking you out about the pregnancy?”
“Well, I worry whether I’ll be a good father, how much a baby will change our lives. We have a pretty good life. I make good money. I’m a financial planner. We travel a lot. We like to play. We…we have great sex. Or we used to.” 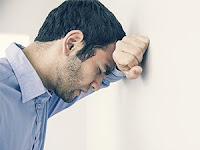 “You used to?”
“Yeah. I haven’t touched my wife for a while. Like pretty much as soon as we knew she was pregnant and she’s going on six months. First I was afraid I’d hurt the baby, although my wife and the doctor said that wasn’t possible. And now, now I don’t know… I feel bad saying this, but I guess I find her rather grotesque. You’re sure you won’t say anything to anyone, right?”
“Sounds like it’s hard for you to trust, Harvey.”
“Now that’s true. Hasn’t seemed to me there’s ever a reason to trust people. In my business people lie all the time. Out for the buck. Ready to say anything, stab anyone in the back.”
“And before you were in the business?”
“Yeah, I know, you want to know about my childhood. I could never understand how that’s relevant, but no question my childhood was awful. My mother was schizophrenic, in and out of hospitals. She died in one of those hospitals. My father, he was a sadistic bastard. I was the middle of three boys. It was called equal opportunity abuse. Probably worse for me and my younger brother. We were bed wetters. My father would beat us senseless. And then he devised this great humiliation technique. He’d make us sit on the stoop of our house, take out our penis and sit with a ribbon tied around it. Didn’t help the bedwetting.”
“That’s horrible, Harvey. What tremendous shame to inflict on a child.”
“Can’t argue with you there. By 17 I was gone. Never looked back. Didn’t do badly for myself. Until now.”
“How much younger than you is your younger brother?”
“Five, six years. We haven’t stayed in touch either. Probably don’t want to remind each other of what it was like.”
“Do you remember your mother’s pregnancy?”
“No. I don’t remember much of my mother. Probably wanted to put that away too.”
“Do you remember what any of her breaks were like?”
“I remember she’d be out of control, scared, screaming. She’d tear at her face, like she wanted it to be gone. Maybe like she wanted to be gone, but I just thought of that now. So can you help me, doc?”
“I think so. But I don’t think this is going to be an easy road for you. I’d say you have long standing issues about your body and lots of fears of bringing a child into a world you see as scary and unforgiving. And you might be scared of the child as well.”
“Of the child?”
“Not wanting to bring another person like either of your parents into the world.”
“I worried about that schizophrenic thing. But my wife said it was worth the risk.”
“So maybe it feels to you that your wife will bring another being like one of your parents into the world and maybe that makes your wife scary and untrustworthy as well.”
“That’s too deep for me.”
“That’s okay. We have lots of time.”
“No, we don’t. The baby’s not waiting for anyone.”


“That’s true. But you can’t put too much pressure on yourself. You can only do what you can do.”
Posted by Linda Sherby PH.D., ABPP at 5:00 AM
Email ThisBlogThis!Share to TwitterShare to Facebook
Labels: child abuse, fear, humiliation, mental health, paranoia, pregnancy, psychotherapy, schizophrenia, the body