“I’m really glad you’re back,” Christine says, her eyes filling with tears. “I know you were only gone a week, but it’s been a hard week. I thought I was more prepared, more ready to deal with my parents this time, but I don’t know, I guess it was the holidays. It was awful. I felt sorry for my girls. They were so looking forward to Nana and Poppy coming for Christmas and it was such a disaster. My parents never stopped fighting, my mother never stopped telling me what I was doing wrong, most particularly as a mother and, of course, as someone who couldn’t keep my husband from straying and my father just got more and more depressed.” 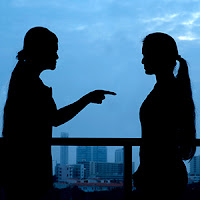 “I’m sorry, Christine. It does sound awful and so disappointing.”
“Yes, that’s exactly right, terribly disappointing. I guess I thought since we’d been working so much on my parents these days, I’d be able to handle them differently or be less affected by them or something.”
“So it sounds as though you’re saying that you’re disappointed in me too, in our work together.”
“No. I don’t think so. I was disappointed that you weren’t here to bounce things off of, to maybe give me some ideas of how to handle things differently.”
Although Christine’s denial doesn’t convince me, I let it go for the moment. “For example,” I say. “Can you give me an idea of what you thought you could have handled differently?”
“There are so many things. How I could have gotten them to stop fighting. How I could have stopped my mother from being so critical of me. How I could have stopped her from being critical of my girls.”
“All right, let’s look at those three things which don’t all strike me as the same. Could you have gotten them to stop fighting? If I’m not mistaken you’ve been trying unsuccessfully your whole life to get them to stop fighting.”
Christine looks startled. “Oh, right. One of the things I need to give up on. I forgot. I can’t keep hoping for what will never be. I need to accept my powerlessness. I knew you should have been here. But why did I forget? I feel ashamed of myself. Why couldn’t I hold onto that?”
“Seems like you said a lot there, Christine. First, I think you are angry with me for not being here. Then I think you got uncomfortable with your anger and felt ashamed instead. And, I agree we should look at why it’s easier for you to hold onto your feelings of hopelessness and powerlessness when I’m here.”
“I do feel ashamed of myself. We’ve talked and talked about my needing to give up hope with my parents and I just can’t seem to do it.”
“Well, it’s very painful. It means you can never have the parents you want or wanted either now or in the past. It involves mourning for what never was and never can be.” 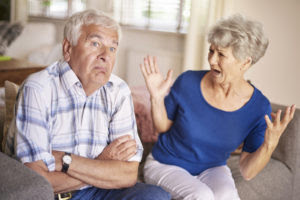 “I know. I guess that’s why it’s harder to do when you’re not here. If you’re not here and I don’t have my parents – and I sure don’t have my ex any more – I feel all alone. Except for the girls of course, but that’s different.”
“That’s a great insight, Christine.”
“Thanks. But what about the other two things I mentioned, why did you feel they were different?”
“The second one might not be all that different, getting your mother not to be critical of you, but I guess I wondered what it is that you felt when your mother’s so critical.”
“I do feel angry, but I try to pretend it doesn’t bother me and just ignore her.”
“Because?”
“Confronting her only makes it worse.”
“And when she attacks your girls?”
“I guess I do about the same thing.”
I am annoyed by Christine’s passivity. I feel she is leaving her daughters unprotected, just as I felt unprotected by my mother in relation to my explosive father. I tread lightly. “I wonder what message you give your girls when you don’t stick up for them.”
“But I thought I’m supposed to give up hope of ever changing her,” she says plaintively.
“This could just be me, Christine, but I think there’s a difference between accepting there’s no way you’re ever going to change your mother and still giving your girls the message that it’s not okay with you for her to attack them, or you for that matter.”
“That’s confusing.”
“It’s like saying, you know you’re not going to change her behavior but you’re still going to let her – and your girls – know her behavior isn’t acceptable.”
“It scares me.”
“What scares you?”
“I guess her anger.”
“I get that. And perhaps your anger as well.”
“I don’t like all this talk about my anger.”