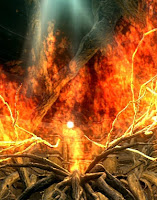 “Welcome back,” I say to Ed, smiling. He attempts a smile in return, walks into my office, sits down in the chair across from me, and sighs. A smart, sensitive, psychologically minded twenty year old college student, Ed has had difficulties for much of his life – anxiety, compulsivity, facial tics, self-flagellation - but seemed markedly improved before returning to his home in New York City for the summer.
Shaking his head from side to side, he says, “It was too soon. I shouldn’t have gone home. And I shouldn’t have participated in that anti-Trump demonstration. Too much, way too much.” I watch Ed’s eye begin to twitch. He raises his right hand, then catches himself, makes a fist and puts his hand down. “As you can see, it’s back,” he says contemptuously.
“I’m sorry, Ed. I really am. Did you really feel so angry with you that you wanted to hit yourself?”
“Yes. I wanted to beat the shit out of myself,” he says clenching his jaw. “I’m sorry. I know you’ve worked so hard to help me stop that.”
“You don’t have to apologize, Ed. I’m just sorry you’re in so much pain.”
“I’m weak. I’m a sniveling baby. I can’t do anything to help myself.”
“That certainly sounds like the voice of your father.”
“Yeah, so what else is new? I thought I could take him on. I thought I was ready. How stupid of me. And joining that demonstration was terrible.” Ed’s eyes widen. I can feel the fear seeping from him. He fidgets, crossing his legs from side to side. “There were so many people, angry people. And they should be angry. We have an insane bully in the White House. North Korea, Venezuela, racists, Nazis! It’s insane. It scares me. But all the anger scares me too. It reverberates in my head. I can’t turn it off. I feel like I’m crazy too.” Ed digs his nails into both fists. He looks down at those fists as though they’re an alien part of him. He starts to beat his thighs.
I want to go and hold his hands to subdue him, to reassure him, to prevent him from hurting himself. Instead, I softly say, “Ed, Ed please look at me. I’m here. We’ll get through this. You’re with me now. You’re not in that demonstration, you’re not with your parents.”
Ed looks at me, first as though he doesn’t see me and then with dawning recognition. Tears roll down his face. He buries his head in his hands. “I don’t want to be crazy. I don’t want to be crazy,” he mumbles through his hands.
“You’re not crazy, Ed. You’ve been traumatized, actually re-traumatized, and it will take us a while to work it through. Can you talk about some of the things that happened with your parents or does that feel like too much for today?”
He lifts his head and smiles at me. “Well, that never happened. No one was ever sensitive to my feelings. It’s amazing what a difference just a little understanding and caring makes. How many times have I said I wish you were my mother?”
“Except there’s usually a second part to that statement.”
“Yeah, I’m afraid that not even you could stand up to my father and I wouldn’t want to find that out. And then you say you couldn’t promise me that you’d be able to stand up to my father but you certainly hope you’d try.”
“I also say that your father’s rage is not the only rage you’re afraid of, that you’re afraid of your own rage as well.”
He nods.
“I wonder if that’s what happened in the anti-Trump demonstration. You were…”
Ed interrupts me. “I did think that my father is a lot like Trump. A bombastic bully who’s thin skinned and easily narcissistically wounded.”
“So you mean you’d be afraid of going up against Trump, just like you’re afraid of going up against your father?”
“Yes.”

“That makes a lot of sense.”
“But you were you going to say something when I interrupted you.”
“Oh, yes. About your anger. I was wondering if in the demonstration you saw all these people who seemed comfortable with their anger and that that scared you, made you afraid that your anger might get out of hand, especially since, as you just said, Trump reminds you of your father.”
“You know, I’ve never quite gotten that bit about my anger, but somehow it makes sense in the context of that demonstration. There were all these people yelling their heads off, shouting terrible things about Trump. I wanted to join in, to become a part of the crowd. But instead I drew in and had all this noise going on in my head.” Pause. “Thank you. I feel much better.”
“My pleasure. See you Thursday.”