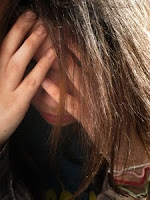 This is such a clear example of the unimaginable pain that a parent feels when they lose children. Reading it allowed me to feel the raw pain and feel the empathy you had. Helping someone to learn how to go on despite the loss is an honor and a privilege and a scared place to be with a patient. Thank you for sharing this example.

Thanks for the sensible critique. Me and my neighbor
were just preparing to do some research on this.
We got a grab a book from our local library but I think I learned
more from this post. I'm very glad to see such fantastic info
being shared freely out there.


Thank you so much, Lori, for your lovely words.


Glad to be of help to you, Anonymous.