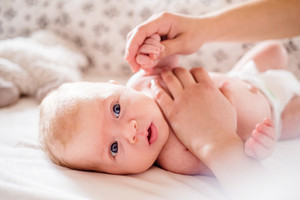 I’ve been seeing Marlene in therapy for a little over a year. She was concerned about being a good mother to her then six month old son, Dereck. She felt her own mother had never wanted children and that she remained cold and aloof until she died of cancer when Marlene was 12. Not surprisingly, Dereck’s vulnerability rekindled many of her own feelings of longing and loss, but nothing springs to my mind as something Marlene might do that would create this level of shame. 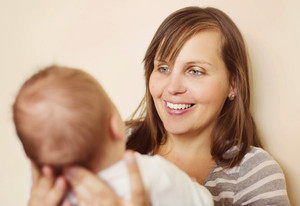 “I had this dream,” she begins hesitantly. “Dereck was cuddling in my lap.” Pause. “He was as cute as always,” she says, a brief smile flickering across her lips. She lowers her head. “He was naked. I was stroking his hair. He looked up at me and smiled. He reached up and grabbed my breast like he used to when he was nursing. Then he started stroking my breast. I could feel myself getting aroused.” Pause. “But… but this was the worst part. I stared stroking him back. First just his arms and shoulders. But then… but then I started stroking his penis and his penis started growing really big, almost like he was a grown man. What’s wrong with me?! That’s so disgusting!”
“I appreciate your being able to tell me the dream, Marlene. I realize how difficult it was for you. But you do need to remember it was a dream. You didn’t actually do anything to your son.”
“But it’s so perverted. How could I even think such a thing?”
“I would like us to try and understand the dream. Can you talk about it even though it’s difficult?”
“I guess.”
“You say you keep thinking about the dream, what do you think about?”
“It plays over and over in my mind. I’ve asked myself if I’ve ever done anything inappropriate to my son. Like when I’m changing his diaper. I don’t think I have. I mean I have to touch his penis to wash him, but that seems pretty normal. I thought it was cute, this little miniature penis. Is that all right?” she asks, panic rising in her voice. “Is it okay to think it’s cute?”
“Of course it is,” I say reassuringly. “Let me ask you, the tremendous feeling of shame you’re having, is the feeling familiar to you?”
“I don’t know.” Pause. “I was ashamed about how I thought my mother looked the last months of her life. The nurses would bathe her or change her in front of me, in front of any of us. She looked disgusting. I’d kind of look sideways at my Dad and he’d always have this gentle, loving look on his face and I’d wonder how he could not be disgusted too. They weren’t sleeping together at that point. She was in a hospital bed. But still…” Pause. “But that doesn’t seem to have anything to do with my dream.”
I wait.
“You’re not thinking my father abused me, are you?” she asks, wide eyed.
“No. I wasn’t thinking that. What made you ask?” 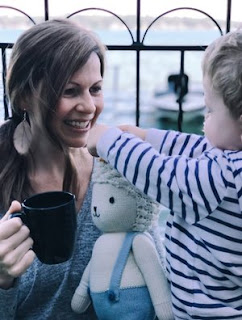 “I don’t know. Like my having this disgusting dream about my son and now I’m talking about my Dad. I don’t know. It doesn’t make sense.”
“Sounds like you felt bad for your Dad.”
“I did.”
“Were you and your Dad close during the time your mother was dying?”
“Close? I wouldn’t say that. The only person he was ever close to was my mother. He really didn’t care for anyone else. I mean he must have cared a little about us… and about my stepmother, but my mother was really the only person he loved.”
“Did you ever try to comfort your Dad when he was sad?”
“I think I remember stroking his arm sometime, like maybe even at the cemetery when we buried my mother. I don’t think he even noticed.” Pause. “I was talking to my Dad the other night. They’re going to come visit. It was our usual non-conversation, conversation.”
“When was your dream in relation to your conversation with your Dad?”
“I think it was the same night. Maybe the night after. No, it was the same night.” Pause. “Do you think there’s a connection?”
I proceed cautiously. “Well, your son is certainly a lot warmer and more responsive to you than your father. You stroke Dereck and he gets an erection. You stroke your father and he doesn’t even notice.”
“But I didn’t want my father to get an erection!”
“You wanted your father to care about you, you wanted a relationship like the one you and Dereck have.”
“But it’s not sexual! My dream was so sexual.”
“Longing for closeness can take many forms – wanting to be cared about, wanting to be loved, wanting to be sexual. Especially in the unconscious those get all mixed up.”
“I don’t know. I still feel like a pervert.”


“I know this has been hard for you. It would be helpful if we could continue talking about your longings and it would be especially helpful if you could be less judgmental about yourself.”