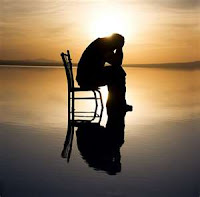 Tall and thin with a wiry red beard, Daron Wilson sits across from me looking lost and forlorn. “I’ve never done this before. Never thought I would.”
“How can I be of help to you?” I ask.
“I don’t know. I know you can’t make my wife come back to me.” He sighs, shaking his head. “I love her so much. Her and the kids. But she says she wants more, more for the kids, more for her, more for our family. I don’t know how to give that to her.”
“More in what way?” 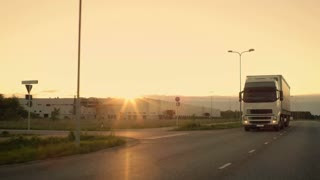 “Easy answer would be financially, but I know that’s not what she means. Wants me home more? Yeah, that’s true. But that’s not it either. We were high school sweethearts, madly in love almost from the moment we met. I was valedictorian of my class. She wanted to be a psychologist. Like you. Me, I didn’t know what I wanted. We got pregnant, got married right after high school. She was determined to go to college and she did for a while. I became a long distance trucker. Good way to make money to support a family. And then we had two kids and she dropped out of college and I kept driving. Truthfully, I kind of like it. Feeling of freedom on the road. I drove for other people until I had enough money to get my own truck. Big financial commitment, but now I’m my own boss. It’s okay.” He shrugs. “But Chelsea wants more. And I get it. Our kids are nine and seven. Do we really want them to see that driving a truck is all there is to life?”
“You sound so sad and lost.”
“Yeah, that’s about right. I don’t know what to do. It’s not like I can snap my fingers and suddenly have a college degree and be working as some hot shit IT guy.”
“You said you were valedictorian of your class. Was that important to you? Were you proud of yourself?”
He shrugs. “Yeah, I guess.”
“Were your parents proud of you?”
He scoffs. “My parents? My parents could have cared less. My father was too drunk to come to my graduation. My mother came, looking uncomfortable every minute. They raised five kids. I was the last. They didn’t have much left over for me.”
“That’s very sad.”
“I guess. After a while you just stop caring.”
“So what motivated you to put forth the effort to become valedictorian of your class?”
“I don’t know.”
“Had you met Chelsea by then?”
“Yeah. We met when we were Juniors.” Pause. “I might have wanted to do it for her.”
“What have your siblings done with their lives?”
“Liz – the only girl - is a wife and mother. My brothers? One’s an alcoholic; one has serious mental problems, can’t hold down a job. Joe – he’s the oldest - has done okay. He worked for GM when you could still make a decent living that way. I guess they all have their problems.”
“So if you had gone to college when you graduated from high school, that would have been a radical departure from the rest of your family?”
“That’s for sure.”
“And did you have feelings about being that different from your family? Even being valedictorian?”
“I don’t know.”
“How did you feel when you studied? How did you feel when you got good grades?”
“It’s too long ago to remember.”
“Daron, I think over the years you worked pretty hard – unknowingly of course – at trying not to know your feelings, your feelings of sadness and anger and disappointment and hurt. You turned yourself off so that now it’s very hard for you to know what you feel either now or in the past. I guess when you met Chelsea you were able to open yourself up to loving her which may have also opened you up to strive and succeed and do well. I’m not saying you don’t do well as a trucker - you obviously do - but it sounds as though a part of you died in the process.”
Daron’s eyes fill with tears. “That’s what Chelsea says. She says I feel dead.” Pause. “I wonder if that’s one of the reasons I like to drive. Always something new. Sort of escaping from myself.”
“That’s a great insight Daron. I guess the question is whether you’re ready to stop escaping and to look at all the painful feelings you have buried inside you.”
“First thing I thought? How long will it take? Can I do it before Chelsea leaves me?”
“I don’t know the answer to that, Daron. You’ve sat on your feelings for a long time. It won’t be a quick or painless fix.”