Peter is unusually quiet at the start his session. He looks down at his hands, then gazes out the window. I resist the temptation to ask him what is going on and remain silent with him. The silence grows more comfortable, the connection between us palpable. 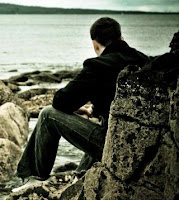 “I know I’m going to tell you today. That doesn’t seem like such a problem. I guess the question is why I’ve never told you before. It’s been almost three years since I started seeing you. I know you’ll ask why I didn’t tell you sooner. I’m asking that myself.” Pause. “The answer isn’t obvious to me. If I hear myself say it never seemed like such a big deal, that seems ridiculous, even to me. If I say it was too hard to talk about, too embarrassing, too uncomfortable, I just don’t think that’s it.”
My discomfort increases as Peter continues speaking, trying to imagine what he might not have revealed. He’s talked about his rigid, explosive father; his removed, distanced mother; his bullying older brothers. I like Peter. Shy, reserved, anxious Peter has done well in his life. He’s a sociology professor at a local university, is married to a warm, accomplished woman, and thinking about having children. He worries about his anxiety, his tendency towards depression and his discomfort with the competition in the academic world.
“I was molested by my Catholic priest,” he blurts out. “By my confessor. It’s like a joke. I wonder who he was confessing to.”
I’m shocked. Not by the revelation, but just as he’d anticipated, by his not having told me long before.
“I’m so sorry, Peter,” I say, “So sorry that you had to endure that experience.”
“And wonder why I didn’t tell you before.”
“Yes, that’s true.”
“Obviously the case in Pennsylvania brought it all back up. Not that I’d forgotten about it. Just brought it back to the forefront.” 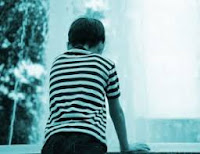 “Leaving you feeling how?”
“Sad. Depressed. Disgusted. Angry. You name it. The feelings all victims describe.”
“And how do you feel telling me now?”
“I don’t know. Kind of numb I guess. It’s not like I thought about it every time I was in session. Occasionally it would go through my mind and I’d say, no, this isn’t a good time.”
“And when you thought it wasn’t a good time, why did you think you thought that?”
He shrugs. “Other things seemed more pressing? I really don’t know.”
Suddenly a thought comes to me. “Have you ever told anyone?”
“I told my wife. Before we got married. I thought she should know…”
“Can you finish that sentence?”
“See, this is exactly the problem. Once I tell, it all becomes about my having been abused by my priest.”
“What all becomes about your having been abused by your priest?” I ask, confused.
“Everything. My shyness. My depression. My anxiety. It’s not! It’s not only him. He didn’t cause everything,” he says angrily.
“Of course not,” I reply. “Being sexually abused – however significant - was one of the events that affected your life, along with many other things.”
Peter stares at me. “Do you really mean that?”
“Yes, of course.” I pause. “I just had a thought. That priest had so much power over you as a child, perhaps it’s that you don’t want to give him the power to have made you the adult you are, you don’t want him to control your adult self.”
Tears run down Peter’s cheeks. “That’s right. That’s exactly right. I could never put it into words, but that’s what it is. The bastard manipulated me as a child. I didn’t want him to matter anymore,” he says burying his face in his hands, sobbing.
“I don’t think you’re going to like what I say next, but the problem is, that by not speaking about him, you have unconsciously given him the power to continue to silence you, to continue to hide as if you’ve done something wrong  - which you haven’t.”
“No! That can’t be! Oh my God, you’re right. I’ve let the bastard continue to control me!”
“Well, you’re now unsilenced. You’ve spoken. You told me. We have a lot of work to do around this Peter – and I don’t mean that he’s the only factor influencing your life – but he has been a significant force and it’s time for you to speak.”
“I’m so sorry, so sorry I never told you.”


“You have nothing to apologize for. As I always say, you can only do what you can do and you’ve now spoken.”