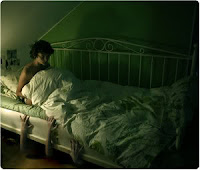 “I had a dream last night,” Justin begins, squirming nervously in his chair. “I can’t remember any of it, but I feel haunted by it. I know that doesn’t make much sense, but it’s like I woke up scared, like something terrible is going to happen, like something or someone is going to get me. I kind of want to keep looking over my shoulder. Even here, I wonder if there’s someone else in the room, although I know that’s ridiculous.”
Justin, a 45 year old accountant, has been my patient for several years and, as far as I can remember, has never before spoken about a dream.
“Well,” I respond, “the dream obviously affected you, so maybe you can talk about your feelings and what those feelings bring to mind.”
“You’re charging your phone,” he says.
“Yes,” I say, surprised. It’s not unusual for me to charge my cell phone while patients are in the office.
“How do I know you’re not recording me?”
Justin can sometimes be a bit paranoid, but his question is beyond anything I would expect. “I guess you are feeling frightened, Justin. Your world suddenly feels very unsafe so even innocuous things can feel threatening." 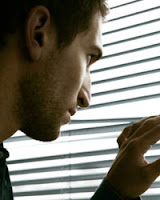 "You didn’t answer my question.”
I’m taken aback, perhaps even a little frightened myself. Hmm, I imagine Justin is unconsciously inducing his feelings in me. “No, I’m not recording you. You’ve seen me charge my phone before, so I’m assuming that your concern is being triggered by your fear.”
Justin stares at me. My fear builds.
“Would you like me to unplug my phone?” I ask.
“I’d like you to turn it off,” he replies woodenly.
“Okay,” I say as I lean to my left, pick up my phone and turn it off.
The silence that ensues is deafening.


Finally, Justin drops his head in his hands, shakes his head and mumbles, “I’m sorry, I don’t know what’s wrong with me.
I breathe a sigh of relief. “So let’s see if we can figure out what’s going on, perhaps what triggered the dream, what might have led you to feel so frightened.” 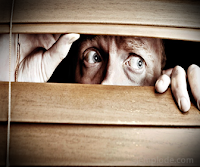 “It’s such a terrible time of year. Tax time you know. Some days I’m working 5AM to 10PM at night. And everyone wants a piece of me. My ex-wife’s mad because I haven’t taken the kids. My older son says he needs money for college. My clients are driving me crazy. Everyone wants their taxes last week. I keep telling them it’s no big deal if we have to file an extension. But, no, that’s not good enough.”
“When you say everyone wants a piece of you, what comes to mind?”
“That’s it!” he says excitedly. “That’s what was happening in the dream. Everyone was pulling at my skin, like they were trying to rip me apart. I know there was more after that but …” He stops. “I think there was like a monster there. Maybe like a monster waiting to eat the pieces of me that they threw to it.”
I grimace internally. “That does sound terrifying.”
Silence.
After a few moments I ask, “What’s going on in your head?”
“I don’t know. I sort of feel I used to have that nightmare as a kid. A lot.”
“Any thoughts about it?”
Silence.
“I’m sorry,” he says after a few moments. “I suddenly felt frozen. Like I couldn’t move. And… I know this is ridiculous, but you seem menacing again.”
“What is it that you’re afraid I’ll do?”
“I know this is crazy, but what jumped into my head was, eat me.”
“Like in the dream.”
He nods.
“Any thoughts?” I ask, although I have a pretty good idea of the answer.
He nods again. “Yeah, my mother. I used to say she loved me to death. But I guess I meant that literally. She wanted all of me. She didn’t want me to have anyone else in my life. She didn’t do that to my sisters, just me. They hated me, thought as the boy I got all of my mother. But I didn’t want all of her! And I sure didn’t want her to have all of me! Yuck! I feel beyond creeped out. I mean, I know we’ve talked about all this before, but having that dream made it so much more real.”
“The dream actually brought you back to the feelings you had as a child, the terror of being eaten, of being swallowed up.”
“Stop! I can’t deal with any more today.”
“Of course. Whatever feels comfortable for you.”
Justin looks at me with tears in his eyes. “I wish my mother could have been concerned about my comfort. And I’m sorry I thought you were recording me.”
“Nothing to apologize for. Totally understandable given what you were feeling.”
Posted by Linda Sherby PH.D., ABPP at 8:56 AM
Email ThisBlogThis!Share to TwitterShare to Facebook
Labels: dreams, engulfment., fear, mental health, paranoia, patient-therapist relationship, projective identification, psychotherapy, terror, transference-countertransference