Murder on Her Mind

Gina smiles at me, sashaying into my office from the waiting room in her short, tight, floral dress.
“Like my new dress?” she asks, settling into the chair, trying unsuccessfully to both cross her legs and cover them. “My friends tell me 45 is too old to wear a dress like this. But I don’t care. I’ve got it, I’m flaunting it. They’re just jealous. What do you think?”
I silently agree with her friends and wonder if she wants me to be another jealous woman. I say, “You get to wear whatever you want to wear.”
“It makes me feel alive. Of course, I’ve been feeling pretty alive these days anyway. Nothing like an affair to spice up one’s life. New man, new compliments, new sex. I love it when I get on top of him and all the lights are on and he looks at me while stroking and pinching my nipples. We can go for hours.”
Gina and I have talked a lot about her affair. I remain silent.
She pauses and then continues, “You know how I like to read all these mysteries – some old, some new – Agatha Christie, John Grisham, Patricia Cornwell, Scott Turow…?”
I nod, unclear where Gina is headed. 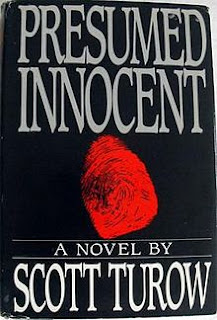 “Well, ever since I’ve read that Presumed Innocent book about the wife trying to get back at her husband by framing him for his girlfriend’s murder by using his semen, I’ve been fantasizing about how to kill you know whose wife and set my husband up to take the fall.”
My anxiety spikes. “Actually I don’t know who,” I blurt out, “since you continue to refuse to tell me who he is.”
She laughs. “It’s just an expression. We’ve been over this a million times. She’s in your field. I’m afraid you’d know her, or even him. End of topic.”
“It can’t be ‘end of topic’ if you’re considering killing her!”
“You’re being so silly today,” she says dismissing me with a wave of her hand. “I didn’t say I was going to kill her – I couldn’t do that – I’m just fantasizing about it.”
I think about what she just said. It’s true. She was talking about fantasy, not action. I’ve listened to many patients over the years talk about their murderous and/or suicidal fantasies without assuming they were going to act on them. What’s different here, I ask myself. 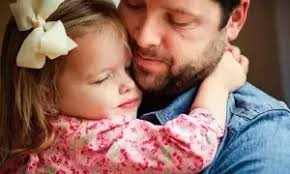 Gina is speaking, “..it wouldn’t even be hard. My husband and I even have a better sex life these days. I guess I’m so turned on all the time, I’ve been more sexy with him too. See, he’s enjoying my affair too. But I can’t figure out how I’d get him to use a condom. So far my fantasy hasn’t helped me with that one.”

And do you find your murderous fantasies a turn-on?”
She taps her lips with her left index finger, considering my question. “I guess. But the turn on is having the power to figure something like this out – not dummy Gina after all. It’s exciting.” Pause. “Don’t you think it’s exciting?”
Suddenly I’m convinced that everything that’s happened in this room today is about Gina and my relationship.
“Gina, I wonder if we can step back for a minute. It feels to me that you’re trying to one up me..”
“What are you talking about?”
“Well, I think you’ve tried to make me jealous, tried to titillate me with your sexual stories, dangled withheld information in front of me, and terrified me with talk of murder.”
“You have one warped mind if you think I’m trying to turn you on!”
Interesting comment, I think to myself. “I didn’t say that you were trying to turn me on. I think you’re trying – and I’m not saying it’s conscious – that you’re trying to make me feel less than you, trying to win over me, just as you tried to win over your mother to be closer to your father.”
“I’ve told you, I did win! My father called me ‘the beauty.’ It’s me he wanted to twirl around in my new clothes. It’s me he took to breakfast on Sunday morning, just me, not my mother, not by brothers.”
I think, but reject saying, ‘but who went into the bedroom at night?’ a remark that feels both premature and hostile. “Let’s go back to us for the moment,” I say instead. “You started the session talking about your friends being jealous of you. Seemed as though you wanted me to be jealous too, like you’re flaunting your beauty, your sexuality.”
Gina looks at me coyly. She drops her head for a second and then looks at me defiantly, “I don’t want to be mean, but you’re not a worthy opponent. You’re too old.”


“Wow!” I say. “You’re correct. I’m considerably older than you. But the way you just said that, sounded like you were intent on delivering a death blow. I guess I’m another murder victim.”