A Member of the Family

Opening my waiting room door I’m surprised to see the usual bubbly Marlene sitting downcast, twisting a tissue in her hands. She rises slowly, manages a weak smile and walks into my office. “I feel awful,” she says.
“I can tell. What’s wrong?” 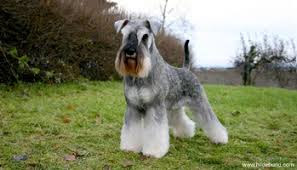 “It’s Scooter.”
It takes me a second, but I realize she’s talking about the family’s dog, a relatively young schnauzer if I remember correctly.
“My son will never forgive me. He keeps telling me he hates me, that Scooter was a member of our family, that it’s all my fault. And he’s right! I don’t know how I could be so stupid,” she says, bursting into tears.
I find myself holding my breath, wondering what happened to Scooter, hoping he’s not dead.
Marlene continues, “I opened the garage door. Scooter ran out. He was hit by a car. He’s not dead, but the vet doesn’t know if he’ll make it. His leg’s broken. Depends on how much internal bleeding there is.”

Tears well in my eyes, as images flash in my head. Poor rescued Siggy who I’d nursed back to health on a graduate student’s stipend, running out the front door, killed by a car; Brenna, our black Lab, poisoned, hovering between life and death but fortunately making it; and Hadley, so connected in my mind to my late husband, needing to be put down when auto-immune disease ravaged her seven year old body.
“I’m so sorry, Marlene. I know how hard this must be for you. And for your son. I really hope Scooter’s all right.”
“Me too,” she says smiling wanly. “Didn’t take any time for my ex – almost ex – to start screaming at me. Even threatened to bring it up in mediation. Said he wasn’t sure he could trust me with Davey. How could he know I might not let Davey out the door? Talk about pouring salt on the wound.” Pause. “Davey’s so mad at me. He doesn’t remember a life without Scooter. And now without his Dad…,” she says crying. “I can’t believe I was so stupid.”
“You keep saying that. I don’t think it has anything to do with being stupid.”
Marlene looks up at me, frowning. “What are you implying?”
Taken aback I say, “That you’re not stupid.”
“So are you saying I did it on purpose?”
Puzzled, I look at Marlene and say, “Absolutely not! I was saying it was an accident.”
“I thought you people didn’t believe in accidents.”
“’You people?’”
“You know, shrinks.”
“Tell me what’s going on Marlene. I understand that you’re sad and distressed about Scooter. I understand you feel guilty. But it sounds like you’re attributing thoughts to me that I’m in no way thinking. What is it that you’re thinking, fearing, worrying about?” 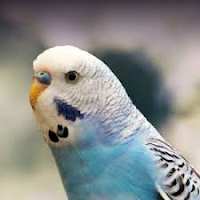 She sighs. “When I was a kid we had a parakeet. Actually it was my younger sister’s. I wanted a dog. My mother said no way. So we got a bird. I never liked it much. The bird got out of the cage and ended up flying out the window. My sister cried for days. My mother said it was my fault, that I let the bird out.”
“And you’re worrying I’ll think you let Scooter out the garage door?”
“I didn’t!”
“It never occurred to me that you did.”
“It didn’t?”
“No, it didn’t.” Somewhat hesitantly I add, “But I don’t know about that bird. How did the bird get out of the cage?”
Marlene lowers her eyes. “I let it out,” she says quietly. “But I didn’t mean for it to fly away. I just wanted it to do something besides sit in that dumb cage all day!”
“Sounds like a perfectly understandable thing a child might do.”
“It does?”
I nod. “Also sounds like you’ve been carrying that guilt around with you for a long time.”
“But I didn’t want to get rid of Scooter! I know he can be demanding sometimes and that he does take up time, but he’s a member of the family. I didn’t want him gone.”
“I believe you Marlene. We all want beings we love gone sometimes, including human beings. It doesn’t mean we stop loving them or that we really want them gone forever.”
Marlene is sobbing. “Thank you. I really needed to hear that.” Pause. “Cause truthfully I got scared when my ex said he wasn’t sure he could trust me with Davey. I started wondering if I was purposefully negligent.” Pause. “If I was evil. That I’d harm Scooter or even Davey just like I hurt that bird.”


“You’ve been carrying around a lot of guilt for a very long time. Seems like it’s something we need to look at.”