“Is it all right that we’re meeting on FaceTime today?” Jason asks. 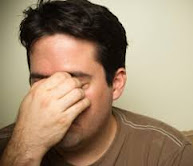 “You didn’t mind that I called and asked if we could?”

“No. But why are you sounding so tentative, scared.”

Jason drops his eyes. “It was 19 years ago today,” he says softly. “I was 25 years old. Seems impossible I was ever that young. But it also seems impossible that 19 years have passed. All I accomplished was that I got out of New York. But I’m as terrified today as I was then. At least then it felt as though there was an escape – get out of New York and your chances are way better. Now, now it doesn’t matter where you are, you’re doomed, subject to the whim of a virus. I’m tired, tired of feeling frightened.”

“I know you keep saying that and it’s true, but this is real! There 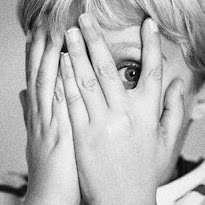 is this deadly disease out there that can strike anyone at anytime and there are a bunch of idiots who don’t think they should be wearing masks. Who wouldn’t be frightened?”

“Do you feel your childhood terrors weren’t real? An explosive, alcoholic mother who would beat you with a strap. I’d say that’s pretty real.”

“But that was then. That’s not what I’m living through now.”

“You may not be living through that now, but you are living with it. Those memories, those experiences are always with you.”

“Jason, why do you think you were so tentative about asking me to meet on FaceTime, why you had to check to see if it had been okay to call?”

“But you said it was all right,” he responds, tremulously.

“What are you feeling right now?” I ask softly.

“I just want to be sure it was okay to call, okay to ask for something different,” he replies, staring at me intently.

“Are you frightened of me right now?”

“Of course you didn’t do anything wrong. What you’re showing both of us is how easy it is for you to become frightened. You’ve put your mother’s face on me and are afraid I’ll be just as scary and irrational as her.”

“I was thinking of that time I was, I don’t know, maybe 12, and my sister had a bunch of her friends over. My mother got mad at me for something, I don’t remember what.  She started to throw out my comic book collection. I was really into comic books. She took one bunch of comic books after another and took them to the dumpster. I was hanging unto her leg and crying and begging her to stop. Right in front of those girls. Then she took the belt and started beating me. She was like a crazy woman. I begged and cried and screamed. I was so humiliated.”

“So you’re saying that’s why I feel so frightened.”

“Yes, just like you became instantly frightened of me when you thought I might just possibly be angry that you’d asked for a change in how we meet.”

“I get that in terms of you, but the virus is real, it’s scary. Shouldn’t everyone be frightened?” 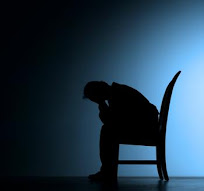 “Certainly everyone should be concerned with their safety and the safety of others. But beyond that, and I’m not talking about the politics surrounding the virus, beyond that, how people feel about the virus depends a lot on what they bring with them from their childhoods. If children grew up in a basically safe and loving environment they’re more likely to feel things will work out okay, that they won’t be harmed. That doesn’t mean they won’t be harmed, but they don’t feel terrified every minute of every day. On the other hand, if a child grew up in an environment where one or the other parent was anxious all the time about some unknown danger, that person is likely to be a more anxious and frightened adult. And growing up as you did, where anything really bad could happen at any moment, well that’s going to lead to where you are today, scared and waiting for catastrophe to strike.”

“But what do I do about all that? I can’t redo my childhood.”

“What we have to do is allow you to feel all the terror you felt as a child and then get to a point where you can take in that you’re no longer a child, that you no longer have to be afraid of your mother, not the real one nor the one that walks around in your head.”

As usual a very succinct account of your therapy session Linda! C-PTSD is such a challenging condition to handle. Requires a great deal of compassion, empathy & patience all of which are expressed in abundance here.

Thank you so much, Sukanya.