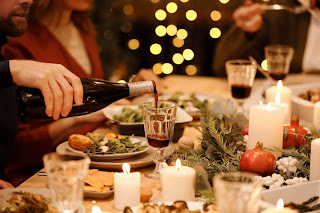 “I can’t believe my wife and I actually arranged to see both set of parents in the space of a month,” Harvey begins, a good-looking man in his forties. “Thanksgiving with her family was bad enough, people trying to be polite and pretend that they care about each other and that they care about our kids. I was surprised they even remembered the kids’ names. That’s how often they talk to them. I guess they do occasionally connect on Facebook, but of course my kids aren’t on Facebook that often – for old people they say. My 13 year old kept rolling her eyes when they tried to engage her around soccer.” He sighs. “And in a few weeks we go to my family. That will be different.”

“Different in every way possible. I’ve told you about my family, screamers. No one is polite. No one cares about anything but hearing themselves talk. Except my mother. She’s different. Of course my brother will be there. If he and I don’t get into it I’d be shocked.”

“I wouldn’t rule out his throwing a swing at me.”

“You told me he was always jealous of you.”

“Definitely. Even though he was my father’s favorite. But that didn’t count for much since my father was such a loser. IS such a loser. In fact, it’s worse – if that’s possible – since he “retired.” Now he doesn’t even pretend he’s looking for work. Sits at home all day, drinking no doubt, getting into fights with my mother and watching Fox News all day.”

“You sound very contemptuous of your father.”

“You got that right.”

“How does it feel to be contemptuous of your father?” 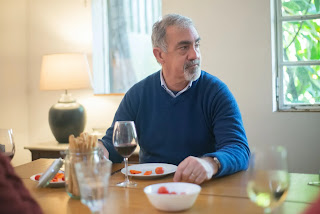 “Familiar. I don’t think I was ever NOT contemptuous of him. Of course, I wouldn’t have said contemptuous as a kid.”

“What would you have said?”

“That he was … Wow! I was about to say that he was a scary jackass. I sort of forgot how scary he was. He was. He was big and blustery and would scream at the drop of a hat. And he was often screaming at me which would delight my brother to no end.”

“Where was your mother in all this?”

“Silent. I knew she felt bad for me, but she was totally cowed by him. She’d say she didn’t want to take ‘sides.’”

“Did you feel angry with her about that?”

“No. I guess I needed one good parent and she was definitely the good parent.” He smiles. “I still love her a lot. She wasn’t perfect but she’s a good person and she’s a great grandma. My kids love her to death even though we don’t visit very often for obvious reasons.”

“Do you ever invite her to visit you?”

“All the time. But she won’t come without him and I’m not inviting that chaos into my home.”

“I wonder if you’re still afraid of your father.”

“Now? No, what could he do to me? I could knock him out in a heartbeat.”

“And how would you feel about that, about knocking him out?”

Harvey opens his mouth to respond and then closes it. “I was about to say great, but that’s not really true. I guess a part of me would feel great about it, but then he is my father. I guess I’d feel guilty. Yeah, you’re not supposed to be slugging your father.”

“I just had a thought. I wonder if you feel sad and disappointed that you don’t have a Dad you can look up to, one you’d enjoy visiting.” 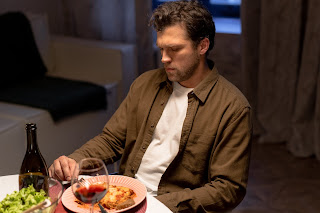 “I don’t know about that part about my Mom, but I certainly agree with you about my father and brother. I wonder if knowing that will make the visit any easier.”

“Well, if you could accept that your father and brother are going to be the same as they’ve always been, maybe you can avoid having even the smallest of expectations and therefore be less hurt and less angry.”