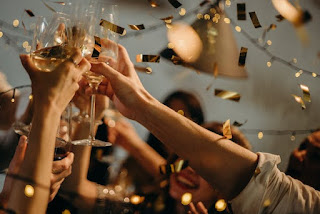 “I’m here because of my wife,” Kevin begins. He’s a good-looking man who I judge to be in his early 50s, wavy brown hair beginning to be streaked with just a hint of gray. “She gave me a really nice Christmas present – a trip to St. Barts, just the two of us. Our kids decided they wanted to spend the holidays with their boyfriends’ families, so we were on our own, two lovebirds.” Pause. “But turns out she had an agenda.” He sighs. “It was all a plot to get me into therapy. Said it was a new year, time to press the reset key. She says I’m uptight and angry all the time. And of course as soon as she said that I got angry which only proved her point.”

“So do you see yourself as angry and uptight?”

“I can get angry, but I always think I have a good reason.”

“Like when your wife said you were uptight and angry all the time?”

“Yeah,” he says, with an edge to his voice. “Like you’re telling me that’s not a good reason to get angry! She blind-sided me. Here I think we’re going on this romantic trip and actually she just wants to get me into therapy. It’s not right!” 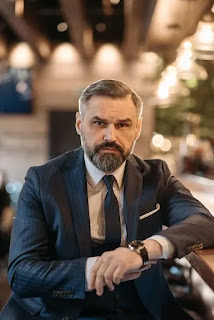 I feel as though Kevin is daring me to prove his anger isn’t legitimate and I struggle to not engage with him on that level. “So what do you feel right now, right at this moment?”

“That’s a typical therapist question, at least from what I see on TV, not from personal knowledge.”

I again struggle to not pick up the gauntlet he’s thrown down. “I’m wondering why you decided to come into therapy, to do as your wife asked.”

“So is this a trial session?”

“Do you feel invested in not having it work? Because it feels like we’re almost in a fencing match. Or maybe there’s a part of you that really wants to be here.”

He sighs. “Actually my sister saw you. She said you were really good, that you helped her a lot.”

“Yes, Alison Bentley. Different last name. Quite a long time ago. You helped her deal with the sudden death of her husband.”

“If I’d known you were related to someone I’d seen, I would have referred you to someone else.”

“Why? Allison’s fine with it. She doesn’t even live here anymore, moved to Texas with her new husband. She’s good.”

“I’m glad to hear Allison is good. But it strikes me as really interesting that first you come in today and are unsure whether you want to be here and then you tell me I saw your sister and now I’m unsure of whether we can work together.”

“But why? You have a head start on me. You know the backstory, my insane family of origin, which should make our work quicker.”

“I’m just taking a stab here, but is it your experience that if someone moves closer to you, you pull away and if they move away, you move closer? Sort of like the fencing match I mentioned.” 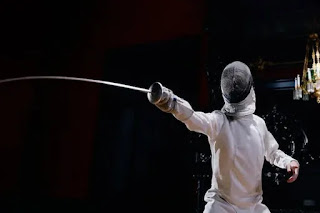 “Definitely! You are good! How’d you come up with that?”

“Well, first you’re angry at being here and only doing it for your wife, but when I express reservations, you suddenly want to be here. Seems like you want to create distance, unless the other person – in this instance, me – pulls back.”

“Are you getting angry right now?”

“So this time I’m backing away and you’re still getting angry. Is it that you’re not getting what at least a part of you wants, namely me?”

“I don’t know about you, Kevin, but I found this to be a complicated session. I’m not sure what I think would be best for you and I’m not really sure what you want. Our time is almost up, but what if we agree to make another appointment and each think about it during the week and discuss it next session?”

“You still sound pissed off.”

“I just don’t get what the big deal would be your seeing me after you saw my sister.”

“Well maybe during the week you can think about what you’d like to get out of therapy and we can talk some more about it.”