This is my third appointment with Brenda a slender, bubbly, curly-haired brunette who looks younger than her 45 years. She’s seen many therapists over the years, coming to me now because, “No matter what I do, I always find these losers. I think they’re Prince Charming in the beginning, but they turn out to be nothing but users.”

It’s not a surprise that Brenda is attracted to men who are insufficiently giving. Abandoned by her biological father when she was an infant and reared by a reluctant single mother who was too busy struggling to survive to give Brenda much attention, Brenda chooses rejecting, self-involved men in an unconscious attempt to win in the present that which she was unable to win in the past, namely warm, loving parents.

Brenda, who has quickly formed an attachment to me, seems especially upbeat as she enters my office. “I think I found him. I think I found the perfect guy.”

“He’s good looking, has a great job, seems warm, related, genuine. I think this is the one.”

“You’re not saying anything.”

“Well, you’ve told me you often feel this way about men in the beginning, so I’m just listening, waiting to see what else you have to say.”

Brenda sighs. “I know. It does seem like my old pattern, falling for a guy in an instance and then finding out all these not so great things about him. But I already know the problem with Tom, he told me right away. He’s married.”

I want to groan; I want to roll my eyes. Instead I respond in acceptable therapeutic mode, “Well, that certainly fits your pattern for unavailable men.”

“Yes, but he has a horrible marriage and he’s leaving his wife.”
I say nothing.

“You don’t believe him.”

“Obviously I have no way of knowing whether to believe him or not. The more important question is if you believe him.”

“Tom’s a pilot. He and his wife married right out of high school, they had kids right away – the kids are grown now – and she hasn’t done anything with her life. He wanted her to pursue some career. He says she’s very bright, but all she does is sit at home and watch TV and he’s just not attracted to her any more.” 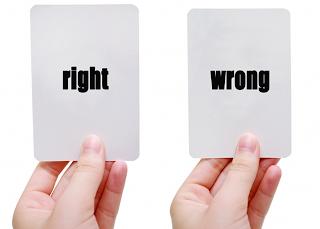 I feel sick. And blindsided. And at a loss at what to do. I know, without doubt, that Tom’s wife Natalie is my patient, someone I have seen for a number of years. What do I do? I can’t tell Brenda Natalie’s my patient. That would be a total breach of confidentiality. Previous situations flit through my mind: Two of my patients met in my waiting room and began dating each other. I reluctantly continued to see both of them. Both treatments became far more complicated, but there was no issue about secrecy.  Or the time a graduate student began treatment with me, one of her problems being dealing with her thesis advisor who, coincidentally, was also my patient. There again I couldn’t tell her her advisor was my patient so I saw both of them. It was uncomfortable at times, but not impossible. Or the time I unknowingly ended up seeing two friends who had a falling out and spent many sessions complaining about and belittling each other. Again, not the best way to do treatment, but not unmanageable.

But this situation feels impossible. To continue to see Brenda would be a betrayal of Natalie. In fact, even if Brenda leaves I’ll now have a secret from Natalie, never a good place to be with a patient. In addition, I cannot imagine myself remaining neutral regarding Brenda’s relationship with Tom. No, I have to end Brenda’s treatment. But this too is complicated. I can’t tell Brenda the reason without violating Natalie’s confidentiality. And no matter what I say, Brenda will experience my stopping the treatment as yet another in the long line of rejections and abandonments. But I see no other way. 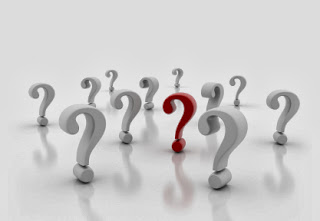 “Brenda,” I say, “I’m really, really sorry and I know that this is going to make absolutely no sense to you, but I’m not going to be able to treat you.”

“I know. I’m sorry. It has nothing to do with you, nothing to do with who you are as a person, although I’m sure that it will feel extremely hurtful and rejecting, but I can’t continue to see you. I’ll definitely refer you to some other good people and, again, I do appreciate how sudden and abrupt this is…”

“Can you tell me how you feel about our ending like this, Brenda?”

“I’m sure it does. And, again, I apologize. I will give you some other names and I would recommend that you call as soon as possible so that you can deal with this rejection as well.”

I feel awful – guilty, bad, incompetent, confused. Was there a better way to deal with this ethical dilemma?  Perhaps. But I can’t think of one.

Well, I'm not a therapist but I think you made the right decision. She would have felt betrayed if she had found out later. And even though she doesn't agree with your decision, it was the ethical one to make. You shouldn't feel guilty or incompetent.

Difficult and messy. You handled it respectfully and professionally - succinct and to the point. Fortunately Brenda was just starting therapy. Suppose this same thing happened and you were seeing both people for several years. Im curious how that would be handled.

Thanks so much for responding to my blog.

It's not that I felt guilty or incompetent, but rather conflicted, blindsided, caught off guard and placed in a very uncomfortable situation that could arise for any therapist at any time.

Thanks again for taking the time to write.

Thanks for your response.

You are completely correct, it was fortunate that Brenda was just beginning therapy.

I can only imagine the conflict I would have felt if I had been seeing them both for several years. Without having two live patients in front of me, it's hard to say how I would deal with a situation like. I might have continued to see them both regardless of how awful that would have felt. The added problem, however, is that on an unconscious level I can't imagine that one or both patient would not have known that something was amiss with our relationship and the treatment.

Maybe I should just feel fortunate that I've never been put in the situation you describe.

Thanks again for writing.

It's apparent you were in a compromised situation. How very uncomfortable for you. Yet you state 3 times that you "have done this before." What was it about this particular client that made this different than the other times?

The circumstances were very different. The breach of trust and betrayal of my first patient, Natalie, would have felt too much to contain if I had continued to see Brenda. I also don't think I could possibly have been neutral or helpful regarding Brenda's relationship with Natalie's husband. Fortunately, Brenda was a new patient so that ending her treatment felt like the best decision all around.