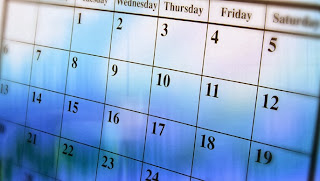 On this, the sixth anniversary of my husband’s death, I am reproducing an edited version of the article I wrote last year for the fifth anniversary. It follows:

At least twice every day, I drive by Lynn University just a few blocks from my home. Starting in September, that meant I drove by the countdown to the third presidential debate that took place at Lynn on October 22, 2012. 40. 39. 38. … 24. 23. 22. And so on. I hated having that glaring, twice-daily reminder. For me, October 22, 2012 meant something quite different. It was the fifth anniversary of my husband’s death. I had my own internal countdown. I didn’t need one staring me in the face day after day as a grim reminder of the reality I knew all too well. That year, October 22 even fell on a Monday, the same day of the week that George died. I worked that day, finding, as always, that listening to the struggles of my patients, helps remove me from the pain of my own life.

When I came home I was more aware than usual that George wasn’t there to greet me. The door between the garage and the house wasn’t open. He wasn’t standing there with his sparkling blue eyes and welcoming smile. There was no George on that day, just as there hadn’t been for the previous 1827 days, including the two leap days. It actually had been longer since George was able to greet me at the door, his body debilitated by metastatic prostate cancer, heart disease, and chemotherapy for almost two years prior to his death. Then I’d go to him, sitting in his chair in the living room. His eyes weren’t quite as bright, but his face still lit up when he saw me, he’s arms open, proclaiming my homecoming the best time of his day. 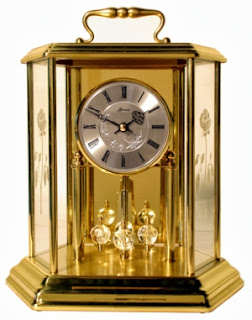 Do I need an anniversary to remember all this? No, not at all. George is with me every day. I remember his courage, his strength, his fortitude, and his sometimes maddening stubbornness. I remember the man who loved me with every fiber of his being, who was always my champion, always in my corner. I remember walking hand in hand along the Seine, putting up tents in Botswana (the only time in my life I ever camped), and scuba diving in countries like Palau and Yap, places I had never even known existed. But mostly I remember sitting close to him on the couch or eating on our outdoor patio. I remember the depth of our love and, yes, the indescribable pain of his loss.

I faced the first anniversary of my husband’s death with dread. I knew I didn’t want to be alone nor go on with my life as usual nor be someplace I could envision George and I enjoying old haunts or exploring new adventures. In the end I spent time with two of George’s children and then, for the actual anniversary, I went with George’s daughter and two close friends to a spa in California, something I knew the man who took me scuba diving in Yap would never have been interested in doing.

On the second anniversary my grief was not as acute, not as all-encompassing. But rather than experiencing this as a relief, I felt as though George was slipping away from me. I felt emptier, lonelier. Sometime later a widow said to me, “Grief is my friend.” I knew exactly what she meant. Grief itself provides a connection to the deceased. Without the intensity of that grief we feel more alone, more isolated. By the third anniversary I thought that I could venture further afield and return to my warm writing community in Washington, DC. Once cocooned within the group I was comfortable enough, but the flight to Washington on the eve of George’s death was far more anxiety provoking than I could ever have imagined. Year four was less traumatic, spent with my husband’s grandson, reminiscing about George, the man we both loved.

And so I’m back to year five. After a fitful night, I awoke on October 22 immediately aware of what was missing, immediately overwhelmed by yearning for that which was and is no more. I held my dog, Hadley, a bit longer than usual. I got up and got ready for work. I saw my patients, burdened by an extra sadness, but relieved to be back in my role as therapist. Then I went home. And like much of the rest of America, I watched the presidential debate.

So now it is year six. I had anticipated it would be better – there was no anniversary clock staring me in the face and getting past year five felt as though it should have been a milestone. Yet, as soon as I turned the calendar to October 1, I felt the increasing burden of grief. I carry my own anniversary clock. October 22 will always be October 22. But, like all other days, it will only last 24 hours and I will continue on with my life – seeing patients, writing, spending time with friends. And carrying George in my heart, as always.