How Grown Up Am I?

“My house feels like a morgue,” 20 year old Chelsea says looking down at her hands. “I guess that’s a poor choice of words, since it sort of is, but not exactly. I mean, I’m not happy I had to have an abortion, but I also don’t think it will be the greatest tragedy of my life. And truthfully, I don’t think it’s the abortion that my parents are so upset about. They don’t like the idea that their ‘little girl’ was having sex. It’s not like I’m 14. And Brad and I have been going together for two years. He was pretty upset too. I think he feels guilty that he didn’t use a condom 100% of the time.” 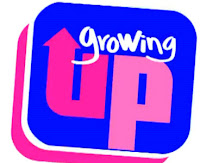 I have been seeing Chelsea for several years now, watching her struggle between wanting to remain the child who is forever taken care of by her parents and striving towards adulthood with her own dreams and desires. We have a close bond although, not surprisingly, her internal struggle is often replayed with me in the consulting room.
“What are you going to use for birth control in the future?” I ask.
“We’re not. We’re not going to have sex.”
I knit my brows, puzzled and skeptical. “You mean you’re not going to have sex until you give yourself some time after the abortion?”
“No. We’re not going to have sex. Or at least not intercourse. Maybe we’ll fool around a little, maybe not.”
“Why?” I ask.
“Why, what?”
“Why did you decide not to have sex? Do you feel more guilty about the abortion than you’re saying? Is it a way to punish yourself?”
“No! For heaven’s sake, I don’t know why you’re making such a big deal about it. You sound like my parents!”
“In what way?”
“In making such a big deal about sex.”
“Wait. I’m getting confused. I thought your parents were making a big deal about your having sex. I’m questioning your saying that you’re not going to have sex.”
“You mean you don’t believe me? You don’t think I can give up sex?” Chelsea says angrily.
“I’m trying to understand why you’d want to give up sex.”
“Because I don’t want to risk getting pregnant again. That seems pretty simple.”
“I hear you’re angry with me but I’m not clear why.” 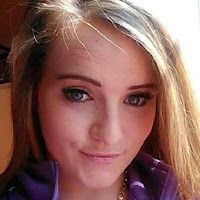 “Everyone thinks I’m doing something wrong and you’re just like everyone else,” Chelsea says, her voice cracking. “If I say I’m not going to have sex, I’m not going to have sex! End of discussion.”
“And how does Brad feel about that?”
Chelsea crosses her arms in front of her chest and glares at me. “Why should I care how Brad feels?”
Aware I’m feeling more and more confused, I suspect my feelings mirror Chelsea’s own confusion. “Chelsea, tell me what’s going on. What’s going on inside of you? What has you so distressed?”
“Brad wanted me to have the baby. He said we should get married, that we were old enough, that we could both work and go to school and take care of the baby.” She pauses. Tears fall silently from her eyes. “I couldn’t. I couldn’t do it. I’m not ready. I don’t want to be responsible for another person. I don’t want to leave my parent’s house and go off on my own. It’s way too scary. Brad’s really mad at me. I’m not even sure we’ll stay together.”
“I’m sorry, Chelsea. It’s like your parents are mad at you for being too adult and Brad’s mad at you for not being adult enough and each side represents your own conflict about how grown up you feel or want to be.”
“Yeah, that’s right. That’s exactly right.”
“And does my asking you about birth control feel like I’m pushing you towards the adult side?”
“I guess. I hadn’t thought of it that way, but I suppose it does.” She pauses. “So what about my deciding not to have sex? Is that my going towards the child side?”
“What do you think?” I ask, aware that my not answering her question could also be construed as my pushing her to be more adult.
“Yeah, I suppose it is,” she sighs. “But is that so bad? Can’t I take a little break here?”
“You can, but none of us can stop time. We keep growing older whether we like it or not, but that doesn’t mean you can’t have conflicting feelings about growing up and it also doesn’t mean you have to push yourself to act or be more grown up than you feel.”


“Thanks. You gave me a lot to think about.”
Posted by Linda Sherby PH.D., ABPP at 8:08 AM
Email ThisBlogThis!Share to TwitterShare to Facebook
Labels: abortion, anger, defense, dependence, development, growing up, mental health, patient-therapist relationship, psychotherapy, sadness, sexuality, transference-countertransference