“It’s been a while,” says Delores. “I appreciate your seeing me so quickly.” 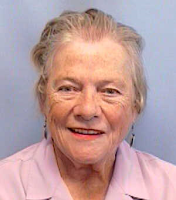 “My pleasure,” I respond, truthfully. I always liked Delores, a spunky, vibrant woman who was in her late 60s when I last saw her.
“This time it’s actually not an emergency. Not like last time. I was such a mess. Losing Marvin so unexpectedly was devastating. I just wasn’t prepared. And having him be the third husband I lost, well, that was all way too much.” She sighs. “But I guess that is part of why I’m here. I’m trying to figure out if I dare do it again. After Marvin I said never again, no more men. And now, now I just don’t know.”
I certainly remember Delores’ trauma at losing Marvin. I myself was a relatively recent widow, Delores’ pain clearly reverberating with my own. And the fact that she had lived through two other such losses felt truly overwhelming. I can certainly understand her reluctance to take the risk again.
“Is there a specific man?” I ask. 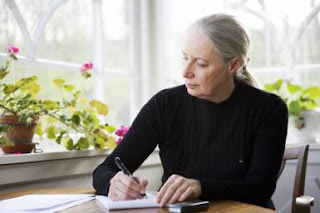 “Oh yes, Harry. A friend of mine kept asking me to go out with him. She said he was a widower, a friend of the man she dates, a good bridge player and an all-around nice guy. I said ‘no’ for quite a while. Then one day I felt lonely and they were going to a movie I wanted to see, so I said, why not, it’s just one date. That was three months ago. And now, well, it’s going to go one way or the other. I either have to stop seeing him or take the plunge.”
I certainly understand Delores’ conflict. Harry perhaps offers a more fulfilling, richer life, but certainly raises the specter of another devastating loss. I’ve lived my life believing that it’s “better to have loved and lost, than never to have loved at all,” but perhaps there’s a limit to the number of excruciating losses any person can sustain. Fortunately I don’t have to make Delores’ decision for her.
“So, what are your thoughts?” I ask.
“Well, I’ve thought of all the obvious things – he’s older than me, although only by a couple of years; he has prostate cancer but they’ve been watching it for years and it’s never gotten worse; he’s also had a lot of skin cancer, but that seems under control as well; no heart disease, but Marvin supposedly didn’t have heart disease either, until he keeled over dead. I go round and around in my head about all that. But what’s really odd, is that I keep thinking about my father, dreaming about him too.”
I remain silent, giving Delores time to reflect.
“My father’s been dead for almost 50 years. It was very traumatic for me when he died. I felt like an orphan, even though I was in my 20s. My mother had been dead since I was 10, so it had been just me and my Dad for a while.” Pause. “But I don’t know why I’m particularly thinking of my Dad now. He didn’t come up for me when Marvin died, or any of my other husbands either if I remember correctly. No, that’s not true. John, my first, died not that long after my Dad. I wasn’t 30 yet and I remember then thinking of my Dad a lot. There were so many losses. I could cry just thinking about it.”
“I’m sure that’s true.”
“So do I want another one? I mean, I know no one ever knows, that I could drop dead tomorrow, especially since I don’t exactly have longevity in my family, but I guess my experience is always that the men go first.”
“Except not for your mother. She died first.”
“That’s true,” Delores says pensively. “I wonder what that meant for me. This is a crazy thought, but I wonder if I expected my Dad to live forever. I mean I knew he couldn’t, but still …”
“Was that a wish, Delores? As in you wanted your Dad to live forever because you couldn’t face another loss.”
“I’ve certainly faced lots of them.” She chuckles. “I wonder if I keep looking for the one who’ll live forever. Just kidding.”
“Maybe you’re not kidding. Maybe you keep looking for the man who won’t abandon you, who will live to be there for you, unlike either of your parents.”
“That’s deep. My unconscious would have to be real smart to think that one up.”
“Perhaps it’s that the child part of you is still yearning for the safety and security that was so absent in your childhood.”
“Perhaps. But I don’t know if that helps me figure out what to do about Harry. I’ll have to think about it during the week and see what my unconscious comes up with.”